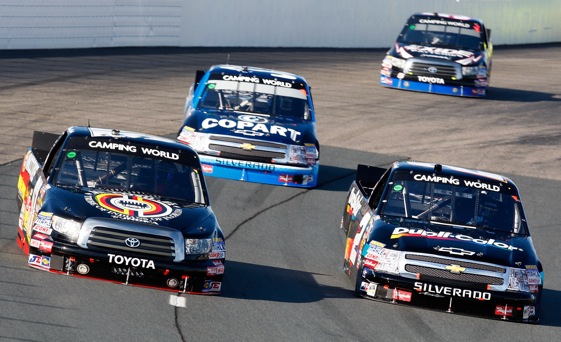 On Wednesday NASCAR announced that The Camping World Truck Series would be returning to race at historic Darlington Raceway in 2010.  The August 14th Too Tough To Tame 200 replaces the race that was normally scheduled for The Milwaukee Mile.

The Too Tough To Tame 200 marks the return of the trucks to the 1.366 mile South Carolina track for the first time since 2004.

Darlington Raceway President Chris Browning stated, “Our fans have asked us to bring back The Camping World Truck Series because Darlington is a perfect fit for the tough racing that the series offers.  We are excited to be able to bring back the trucks in 2010 and look forward to putting on a memorable show for all of our fans.”

NASCAR Camping World Series Director Wayne Autin adds, “It’s awesome to return to one of NASCAR’S oldest tracks.  There will be a full day of racing, since it is a one day show.  The fans will definitely get their money’s worth.”

How bad do you have it?