Earlier this week, Hendrick backed up his words with action, signing 24-year-old William Byron to a three-year contract extension that will keep him with the organization at least through 2025.

Byron and Trackhouse Racing’s Ross Chastain are the only two drivers in the series with two victories so far this season.

Chase Elliott, the 2020 NASCAR Cup Series champion, said he was happy to have Byron in the fold for the next few years. Elliott is signed with Hendrick through 2027. Teammates Kyle Larson, the reigning series champion, and Alex Bowman are signed through the 2023 season.

All four Hendrick drivers have at least one victory in the first 11 races this year and are all but assured of qualifying for the Cup Series Playoff.

“I think it’s great,” Elliott said of Byron’s extension. “Those three guys deserve their opportunities in my eyes, and I think they’ve done a great job. They’ve had a lot of success and have run really well over the course of the last couple of years.

“So yeah, I think it’s a great thing. When a guy or a girl is deserving of an opportunity, and they’re able to achieve that and have one presented to them in a manner like all of our guys have, I think it says a lot about them. I think HMS is in a really solid place right now.

“I feel like we all work pretty well together. It’s just kind of an easy flowing operation, which is good. I think it’s a great thing. I’m happy for William, and in light of his news this week, I think he’s very deserving. I look forward to racing with him and working with him over the next few years, too.” 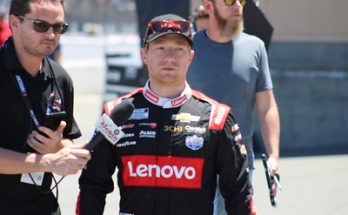 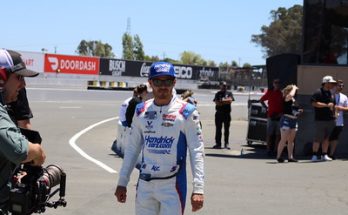