Canadian Dalton Kellett will continue to drive the No. 4 K-Line Insulators USA Chevrolet in the NTT INDYCAR Series in 2022 for AJ Foyt Racing. It will mark the 28-year-old’s third straight season in North America’s premier open wheel series.

“I’m very excited to be back with AJ Foyt Racing for the 2022 season!” Kellett exclaimed. “We are looking forward to the year and continuing to build on the momentum from 2021. I’m grateful for the opportunity to be back in the number 4 Chevrolet. A.J., Larry, our team partners, and K-Line have made this a possibility, so I am very thankful for them. Looking back at 2021, we had moments of promise and some encouraging results, we need to enter the 2022 season on that trajectory. The schedule looks very exciting this year, some familiar tracks returning (looking at you Iowa) and I can’t wait to be racing in front of the hometown crowd in Toronto!”

Kellett began his Indy car career with the team in 2020, driving on the street and road courses. He also competed in the Indianapolis 500 where he started alongside then teammate Tony Kanaan. Kellett, the 2018 pole winner for the Freedom 100 in the Indy Lights Series presented by Cooper Tires, scored his best finish of 12th in Indy cars at World Wide Technology Raceway in August.

“It’s great to have Dalton continuing with the team in 2022,” said Team President Larry Foyt. “He made some solid progress in his first full season in the NTT INDYCAR Series, and I’m looking forward to seeing what he can accomplish next season. He is a true team player and a great ambassador for AJ Foyt Racing.”

Kellett, a Queens University graduate with a degree in engineering physics, hails from Toronto but has been a resident of Indianapolis since he first began competing in the Road to Indy Series dating back to 2014. He recently became engaged to Hoosier native Nicole Westra.

“On a personal note, Nicole and I are busy planning the wedding, slated for winter 2022, so we have the whole year to look forward to that!”

Kellett will be joined this season by 2021 Indy Lights champion Kyle Kirkwood who will pilot the No. 14 Chevrolet in his rookie season as an INDYCAR driver. The NTT INDYCAR Series kicks off its season on Sunday, February 27 with the Firestone Grand Prix of St. Petersburg. 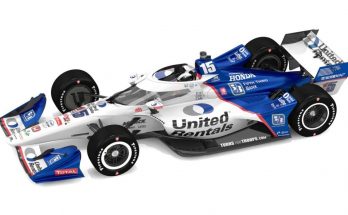