Meyer Shank Racing (MSR) will start fifth for Saturday’s Motul Petit Le Mans after Dane Cameron laid down a 1:08.920-second lap in the No. 60 Acura ARX-05 DPi as the team chases another victory in the challenging 10-hour IMSA season finale. .

With Helio Castroneves and Juan Pablo Montoya joining Cameron in the hunt for a Petit Le Mans victory, the trio of drivers had just three practice sessions ahead of Friday’s qualifying session.

The team put its focus on splitting track time with all three drivers doing practice with Cameron setting initial baselines on Friday and then getting Castroneves reacquainted with the Acura. Castroneves claimed the 2021 Rolex 24 victory earlier this year onboard an Acura DPi.

The MSR crew started off strong finishing the first practice session third fastest. Working through some balance issues through Practice 2, the team was ready to take on night practice – a critical session as this year’s Petit Le Mans will see significantly less daylight compared to previous years.

Cameron took the wheel for qualifying and posted his quickest lap on Lap four before approaching LMP2 traffic. Cameron backed off to gain another gap, but he had already got the most out of the MSR Acura and Cameron headed into pit lane.

“I thought the car was pretty good and the team made some improvements from practice,” said Cameron. “We were quick out of the gate and after I posted my fastest lap I knew that I couldn’t improve much more. At that point it was more important to save the tires for the race. There are a few tweaks that we will make tonight to get the car ready for tomorrow, but I’m feeling pretty good about the race.”

The Motul Petit Le Mans is set for a green flag start at 12:10pm ET with live broadcast coverage starting at noon ET on NBC. Broadcast coverage will switch over to NBCSN at 3:00pm ET. SiriusXM will also host live radio coverage on XM Ch. 202. 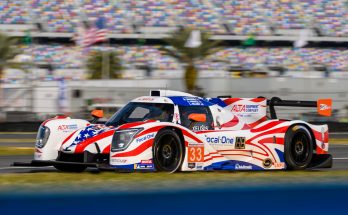 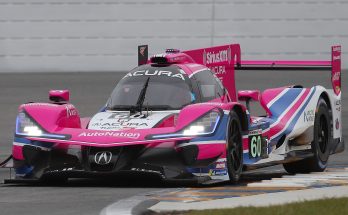 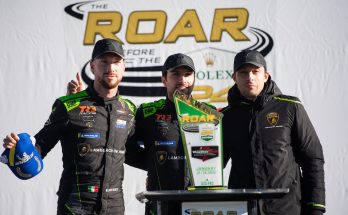