With the checkered flag set to fly in the 2021 ARCA Menards Series East (AMSE) finale at Bristol (Tenn.) Motor Speedway for rookie Max Gutiérrez and Rette Jones Racing, the pair is hoping to end their season the same way they started.

A trip to Victory Lane.

Gutiérrez stole the victory in a photo finish at New Smyrna (Fla.) Speedway in the season-opener in February and has since enjoyed a solid season driving the No. 30 TOUGHBUILT Ford Fusion.

However, with the eighth and last race of the season on deck, Gutiérrez is hopeful to put an exclamation point on his freshman season with his second career ARCA Menards Series East victory.

“It’s hard to believe that the 2021 ARCA Menards Series East season will be over with on Thursday night,” said Gutiérrez. “I have had a blast this year learning new tracks, racing at the front of the field and winning, but we still have one more job to do on Thursday night.”

Luckily for Gutiérrez, 18, he isn’t approaching the season finale completely blinded, especially at a race track as demanding at Bristol.

Last fall, Gutiérrez was able to experience the madness of “Thunder Valley” with his first career ARCA Menards Series East start at the historic half-mile colosseum.

“I’m very thankful that I have nearly 200 laps under my belt at Bristol,” added Gutiérrez. “We don’t have to spend practice getting myself up to speed and instead we can just focus on dialing in our race car and putting some fast laps together that will help for qualifying and the race.

“I know that track position is crucial, so hopefully we can whip off a fast lap in qualifying and then keep making gains during the race.”

Gutiérrez is also hopeful for a strong showing that will help him in the East point standings.

Entering Bristol, he sits fifth in the championship standings, just seven points out of third and a mere 16 markers from the runner-up spot.

With the Bush’s Beans 200 considered a combination event with the premier ARCA Menards Series, Gutiérrez realizes the competition will be tough, but he is prepared for the battle that awaits.

“Every spot is going to be critical,” he said. “I have a feeling that Thursday night is going to be a lot like Dover earlier this year, but it paid off for us because we ended up with a top-five. I expect a lot more cars than we had at Dover though.

“We can’t worry about this or that, we just have to stay focused and hope at the end of the night, we have a lot of reasons to celebrate.”

No matter the outcome Thursday night, Rette is happy with the efforts of his driver and team.

“We are going to Bristol this week with the same mentality that we’ve had all season long,” Rette sounded. “We’re here to win. But if for whatever reason we can’t, we will do what we can to bring home the best finish possible for all of our partners and everyone who supports Rette Jones Racing.

“Max’s experience should be helpful for us and we’ve been in a position to win this race before and I’m hopeful that we can find ourselves in an opportunity to finish what we started from a couple of years ago. It’s going to be a stacked field, but we’re ready to end the ARCA East season on a high note.”

The Bush’s Beans 200 (200 laps | 100 miles) is the eighth of eight races on the 2021 ARCA Menards Series East schedule. Practice begins Thurs., Sept. 16 with a one-hour practice session from 2:00 p.m. – 3:00 p.m. A timed General Tire pole qualifying session is set for a short time later at 4:00 p.m. The race is set to take the green flag shortly after 6:30 p.m. The event will be televised live on FOX Sports 1 (FS1), the Motor Racing Network (Radio) and SiriusXM Satellite Radio (XM channel 391, online channel 981). ARCARacing.com will also stream live timing and scoring throughout the day’s festivities. All times are local (ET).

ARCARacing.com will also stream live timing and scoring throughout the day’s festivities. All times are local (ET).

TOUGHBUILT is an advanced product design, manufacturer and distributor with emphasis on innovative products. Currently focused on tools and other accessories for the professional and do-it-yourself construction industries.

We market and distribute various home improvement and construction product lines for both the do-it-yourself and professional markets under the TOUGHBUILT brand name, within the global multibillion-dollar per year tool market industry. All of our products are designed by our in-house design team.

Our mission is to provide products to the building and home improvement communities that are innovative, of superior quality, derived in part from enlightened creativity for our end users while enhancing performance, improving well-being and building high brand loyalty.

Additional information about the company is available at: toughbuilt.com. 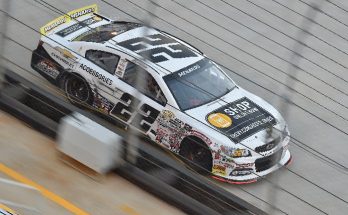 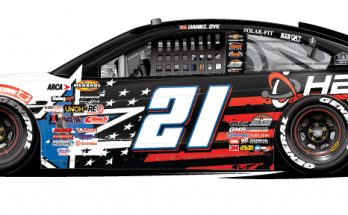 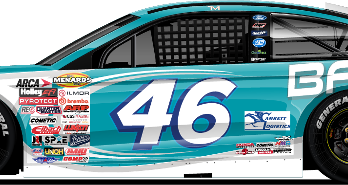