Brad Keselowski says he feels like an investor buying a stock that’s about to go up.

That was the optimistic attitude all parties expressed Tuesday at the NASCAR Hall of Fame, where Keselowski was announced as the new minority partner and driver with Roush Fenway Racing (RFR), effective at the end of the 2021 season.

Roush Fenway Racing and NASCAR Champion Brad Keselowski have announced a partnership beginning in 2022 in which Keselowski will assume an ownership role and serve as head of the team’s competition committee, while also piloting the team’s flagship No. 6 Ford Mustang. The partnership pairs one of the most successful organizations in NASCAR history with a perennial NASCAR contender and Champion.

In the process, Keselowski will adopt a leadership role with the team as well as an ownership interest, cementing a succession plan for Roush, who turned 79 in April.

“It’s an incredible opportunity,” Keselowski said during the announcement. “There were four key components for me. To have a long-term driving contract was something I valued. I want to stay in one place and be there for a long time, hopefully for the rest of my career. That’s the intent and the goal.

“The second position which was really important to me was to be in a leadership role… to be able to express myself creatively and be able to lead the company and team to be the best it can be. That was really critical to me.

“The third thing was of course the ownership position. That’s quite a unique opportunity that really excites me… It represents growth for me, personally and professionally, which is very important. And that’s really the fourth point, to have a role in the sport after I’m done driving.”

Keselowski’s entrance gives Roush an exit plan—but it’s not one he’s ready to exercise just yet.

“I welcome him as a partner, and I look forward to what we can do together,” Roush said. “I’ve been asked to say that I’m passing the baton to him, which I am, but I still have one hand on the thing, so I’m not going to give it up completely for a while.

“There are no retirement plans for me in my immediate future. I intend to keep going to the race tracks and to be as much of a nuisance and a distraction to my drivers and my crew chiefs as I have been in the past.”

“I’m truly excited about this partnership with Brad,” said Roush. “I think it will bring a lot to the organization, from not only Brad’s ability behind the wheel, but a rejuvenation and fresh perspective across our teams. I’ve had the opportunity to watch Brad for a number of years, as he has fought and clawed his way up the ladder, molding himself into a champion and one of the top drivers in our sport. I’ve always admired his resolve and determination. I’m very pleased that he has chosen to be a part of our organization and I’m proud to partner with him moving into the future.”

Roush founded the team in 1988 and it has since become one of the most successful racing operations in the world, propelling him to be the first NASCAR owner to amass three hundred wins and capturing eight championships, including back-to-back NASCAR Cup titles in 2003 and 2004.

“We are thrilled to have Brad on board. In the short amount of time that we’ve been around him, you can see some of the same traits in Brad that are the common blend with both Jack Roush and John Henry,” said Fenway Sports Group executive vice president, corporate strategy and general counsel Ed Weiss. “Brad has a relentless desire to compete and win and that fits in perfectly with our core objectives across all of the properties at Fenway Sports Group.”

Keselowski has been a consistent contender at NASCAR’s highest level for the past decade, having tallied 35 wins in NASCAR Cup Series competition while qualifying for the NASCAR Playoffs for 10 consecutive seasons. He led Team Penske to its first NASCAR Cup Series Championship in 2012 and has finished inside the top 10 in eight of the last 10 seasons, including a runner-up finish in 2020. Overall, Keselowski boasts 75 NASCAR wins and has led more than 14,000 laps.

“I am thrilled to be able to share the news about this next venture with my fans, peers, and the industry,” said Keselowski. “This presents an opportunity to continue my on-track success with a strong team and a long-term commitment, but also dive into my passion of team ownership where I know I can be an asset to the future of the team. I am optimistic about what Jack, John and I can accomplish together, especially with a new era for our sport on the horizon (with the Next Gen car). Our goal is to win races and compete for championships at NASCAR’s top level, and we plan to do just that.”

Considered a pioneer in driver development, Roush initially teamed with future Hall of Famer Mark Martin, forming what would grow into one of the most formidable duos in NASCAR history. In addition, he was responsible for launching the careers of NASCAR Champions Matt Kenseth, Greg Biffle, Kurt Busch, Carl Edwards, Ricky Stenhouse Jr., Chris Buescher and many others. Currently Roush’s Fords have driven to victory lane on 325 occasions, while leading over 68,000 laps in NASCAR action.

As an owner, Keselowski finished runner up in the NASCAR Truck Series twice while consistently fielding championship-contending entries and helping to launch the careers of some of the sport’s most formidable rising stars such as Ryan Blaney, Ross Chastain, Tyler Reddick, Daniel Hemric, Chase Briscoe and Austin Cindric.

The team will provide additional details on driver lineup, partners and other team assets at a later date. 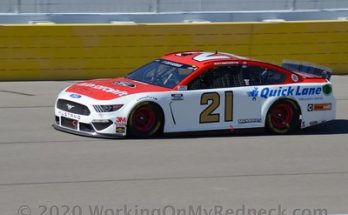