Brad Keselowski added his name to the impressively long and varied list of 2021 winners with a victory at Talladega Superspeedway last weekend.

There have been nine winners through the opening 10 races headed into Sunday’s Buschy McBusch Race 400 (3 p.m. ET on FS1, MRN and SiriusXM NASCAR Radio), but notably absent on that list of victors are two of Kansas Speedway’s best, Denny Hamlin and Kevin Harvick.

Hamlin, who has eight top-five finishes in the opening 10 races, is a three-time Kansas winner and the defending race winner. In 25 starts at Kansas, the driver of the No. 11 Joe Gibbs Racing Toyota, has eight top-five and nine top-10 finishes and he has victories in two of the last three Kansas races, dating back to the 2019 Playoff stretch.

Harvick also has plenty of reason to feel especially optimistic about the Kansas 1.5-miler. He is the statistical top mark among current drivers. His wins (three), top fives (10) and top 10s (17) are most among active drivers and his 109.7 driver rating is tops in the field as well. His last win at Kansas was 2018.

The driver of the No. 4 Stewart-Haas Racing Ford has three top-five and seven top-10 runs in the 10 races to date this season, but this is only the second time since 2012 he hasn’t celebrated in Victory Lane already by race number 10. He has a pair of top-10 finishes in his last four races and two top-10s at the three 1.5-mile tracks so far this year.

“Something I tell everybody year after year, whether we’ve had a good year or a bad year, you just never know what the next year is going to bring until you get on the race track,” Harvick said. “The things that people don’t see during the offseason are the things most people don’t see – whether NASCAR changes a little rule here or Goodyear makes a little bit of a change to a tire there. Sometimes it suits you and sometimes it doesn’t. Last year, everything went our way. This year, it hasn’t really gone our way.”

“Our Busch Light team has really done a great job of scratching and clawing for every position that you can get on the weekend. It’s bought us time week after week to get our cars back to where we want them to be. It’s not a position we haven’t been in before. It’s definitely part of the sport and part of the things you have to do to keep yourself going. You are sometimes digging yourself out of a hole and figuring things out. It’s a big science project, I can say that for sure.”

“There are a lot of engineers on a lot of computers burning the midnight oil trying to make sure we start making some headway on getting our cars where we need them.”

Two other drivers certainly worth watching this week in particular include reigning NASCAR Cup Series champion Chase Elliott and two-time series champ Kyle Busch – both still looking for their first victory this season as well.

Elliott, driver of the No. 9 Hendrick Motorsports Chevrolet, has only four top-10 finishes this season; none on 1.5-mile tracks such as Kansas Speedway. And he’s only led three laps in the last six races of the season. His work at Kansas should make him optimistic, however. He won the 2018 Playoff race at Kansas and has six top-10 finishes in 10 starts. He’s finished sixth or better in four of the last five races there.

Busch, driver of the No. 18 Joe Gibbs Racing Toyota, is still looking for his first win with new crew chief Ben Beshore who took that position this season. Busch has a pair of top-five and five top-10 finishes in 2021 but has only led 14 laps on the season. He has scored top-five finishes in all three of the previous 1.5-mile races, however, including a season-best of third at the Las Vegas mile-and-a-half last month.

Busch has earned 10 of his career 12 top-10 finishes at Kansas in the last 12 races there including a win in 2016. He was fifth in his last start at the track, last October.

It is worth noting that Sunday’s race marks the 700th career NASCAR Cup Series start for veteran Ryan Newman. The Roush Fenway Racing driver joins Kurt Busch (730) and Harvick (728) as the only active drivers with at least 700 starts. Newman, who has 18 career wins and whose 51 pole positions is most among active drivers, noted the upcoming milestone with his typical humor.

“Seven hundred starts means I’m old and that’s okay, but it’s a milestone no doubt,” the driver of the No. 6 RFR Ford said. “It just shows that I’m experienced, lost more than I’ve won just like everybody else in this sport and it’s pretty cool to still be doing something this long that I’m so passionate about.” 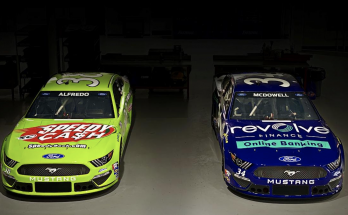 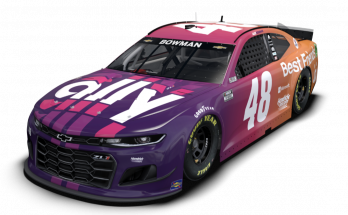 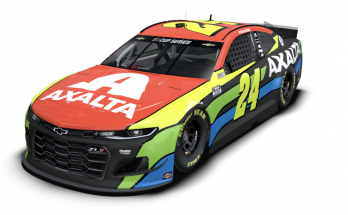