WHAT A DEBUT: In Gibbs’ NXS debut at Daytona Road Course, he led 14 of the 56 laps enroute to his first career Xfinity Series win. Gibbs became the youngest driver to win a Xfinity road course race at 18 years, 4 months, 16 days. The Charlotte, N.C., native also became the second-youngest winner in the Xfinity Series history.

TUNE IN: Coverage of this week’s Xfinity Series race at Martinsville Speedway is scheduled for Friday, April 9, at 8 p.m. ET on FOX Sports 1, MRN Radio and SiriusXM NASCAR Radio.

Ty Gibbs, Driver of the No. 54 AutosByNelson.com Toyota Supra

“I can’t wait to get back behind the wheel of the No. 54 Toyota Supra this weekend in Martinsville. Martinsville is such a great short track and I’m pumped to run under the lights there. It will also be awesome to have Autosbynelson.com on the car with me. Barry Nelson and his late model team really supported me early in my career and it will be great to have his company on board for this race.”

Chris Gayle, Crew Chief of the No. 54 AutosByNelson Toyota Supra

“Excited to have Ty Gibbs in the 54 Supra again this week. He’s done a great job in his first two events for us, and we all expect the same in Martinsville. His third start will be at a dramatically different track style, so it will be another learning event for him at a track that will test your patience all race long. I think Ty’s up to the challenge and the team is ready for the short track event this weekend.” 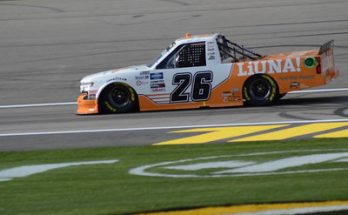 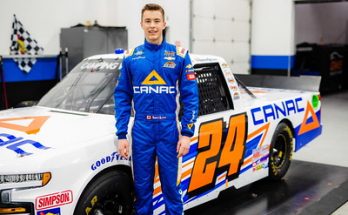 Lessard Is Excited To Hit Richmond