The Mooresville-based team will continue to run the No. 23 Chevrolet SS in the ARCA Menards Series and is slated to run the No. 32 Chevrolet Silverado in the Truck Series. Shane Huffman will return as crew chief for both Holmes and Mayer in 2021.

“I’m really looking forward to this season with Bret (Holmes) and Sam (Mayer),” said Huffman. “We worked hard and learned a lot last season. That all paid off when we brought home the ARCA Menards Series championship. We will take all that and capitalize on it this year.

“I am so proud of this team and how much we’ve all grown over the last two seasons. By moving up to compete in the Truck Series, it shows how strong this team is. I’m honored to be part of this group and ready to get the season started with two very talented drivers.”

The 2020 season marked a memorable year for Holmes and the BHR team. The Holmes-Huffman duo captured the ARCA Menards Series championship on the strength of one victory, 14 top-five and 19 top-10 finishes. The Munford, Alabama, native was also awarded the CGS Imaging Four Crown title for the second consecutive year.

“Words can’t describe how excited and grateful I am for this upcoming season,” said Holmes, 23. “It has always been a dream of mine as a kid growing up to make it into the top-three divisions of racing. To get the chance to do just that with our own team and the same guys over the last few years, is just really neat. It’s great to see how far we’ve come.”

Holmes is scheduled to compete in multiple ARCA Menards Series events this season, beginning with the season-opener at Daytona International Speedway in February. The Auburn University graduate will make his NCWTS debut at Atlanta Motor Speedway in March, followed by a handful of additional Truck Series races of which will be announced at a later date.

“It means a lot that Sam (Mayer) believes in BHR and to have him as a teammate this season,” said Holmes. “Our goal is to win races in both series between the two of us. I know Sam will bring a lot to this team. He’s another ARCA (Menards Series) champion. I’ve raced against him in the past, and he’s a great driver. It’s an honor to have him on board for the upcoming season.”

Mayer also competed in six NCWTS events. He visited victory lane at Bristol Motor Speedway, earning his first win and making him the second youngest winner in the history of the series.

“I’m super excited for another great year of racing in the ARCA Menards Series,” said Mayer. “I know we have the chance to win every time we show up because these guys at BHR are so good at what they do.

“I’m also excited to continue my Truck Series career with BHR. They have some things to learn with getting into a new series, but I know that we will be in contention to win by the end of it.”

At a later date, Sam’s full schedule will be available at www.sammayerracing.com.

“I can’t thank enough all the people who helped put this deal together,” said Mayer. There was a lot of hard work and many hours that went into making this all happen and it’s going to be worth it.”

Holmes and Mayer are scheduled to take part in a NASCAR Zoom press conference on Thursday, Jan. 14, beginning at 2:30 p.m. ET. For more information about the press conference, please visit media.nascar.com/media-alert/nascar-driver-press-conference-schedule-live-stream/.https://3e9b73a40bb11513197a26cd0e1a2141.safeframe.googlesyndication.com/safeframe/1-0-37/html/container.html. 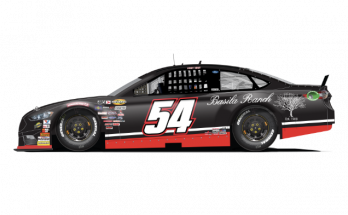 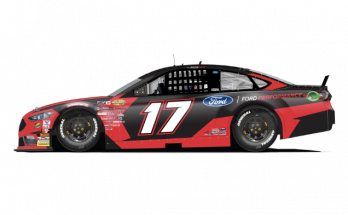