Rahal Letterman Lanigan Racing (RLL), an automotive racing organization, announced plans today to expand its Indiana operations, establishing its global headquarters in Zionsville and creating up to 73 new jobs by the end of 2024.

“Indiana’s reputation as a leader in motorsports continues to pick up speed with companies like Rahal Letterman Lanigan choosing to invest in our state,” Governor Eric J. Holcomb said. “We look forward to supporting RLL’s continued growth in Indiana as the company leverages our state’s business-friendly environment and skilled workforce while racing to the checkered flag.”

The company, which has four entries in the NTT INDYCAR SERIES and International Motor Sports Association (IMSA)’s WeatherTech SportsCar Championship, will invest more than $20 million to build and equip a state-of-the-art racing headquarters at the northeast corner of Creek Way and 106th Street in Zionsville. The 100,000-square-foot facility, which will occupy 13 acres southeast of the downtown area, will allow RLL to consolidate its existing INDYCAR operations in Brownsburg, as well as its IMSA operations in Ohio. The new building will feature office and event space as well as automotive R&D and light manufacturing operations to support the dynamic functions of RLL’s racing teams. The company expects to break ground on its headquarters late 2020 and be fully operational by spring 2022.

“We are very excited about this project, and excited about being in a park-like setting in Zionsville,” said Bobby Rahal, co-owner of RLL. “We feel that this building will make a statement about who we are at RLL and what our intentions are about the future. Having our entire organization based in the Indianapolis area, in Zionsville, is going to be a big plus for our organization. We have done a great job of having two facilities, as is showcased by our wins in the Rolex 24 at Daytona and the Indianapolis 500 this season, but it is certainly demanding having people in two places. We have had time to really look at the building and design every aspect with input from our personnel to maximize the space.”

“We have been working on building a race shop for over five years and are now ready to move forward,” said Mike Lanigan, co-owner of RLL. “I am personally very excited and honored to be working with the town of Zionsville. I used to live in the area years ago and look forward to our team integrating ourselves into the community and their various programs. Having our racing teams under one roof will not only maximize our abilities, it will provide economies of scale to keep the cost down. That savings will enable us to reinvest more back into the company.”

Indiana is globally recognized as a leader in motorsports. Home to the “Racing Capital of the World,” Indiana welcomes visitors from around the world to Indianapolis for world-class racing events like the Indy 500, Brickyard 400 and IndyCar Grand Prix. Motorsports-related businesses operate in all of Indiana’s 92 counties, with more than 2,400 motorsports businesses like RLL supporting more than 421,000 motorsports-related jobs across Indiana.

“Our efforts to seek the right fit for Creekside Corporate Park have proven successful with Rahal Letterman Lanigan Racing expanding to Zionsville and choosing Creekside Corporate Park for their corporate headquarters,” said Zionsville Mayor Emily Styron. “In Zionsville, we have the best of both worlds – a thriving business community and an unparalleled quality of life. RLL fits in well with the local culture and business environment and I know their team will love being part of this community. We are thrilled to welcome RLL to town.” 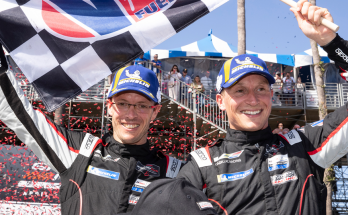 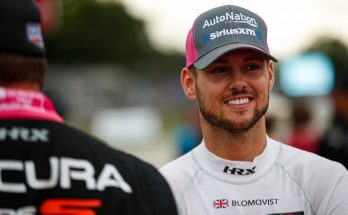 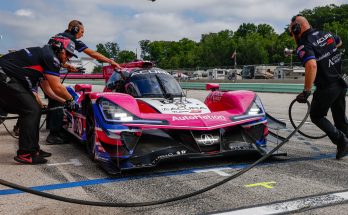