TV/Radio: 6:00PM ET delayed on MAVTV and live on TrackPass on NBC Gold

· BRISTOL STARTS: While Thursday nights race at Bristol Motors Speedway will be the first time since 1969 the Series has visited the track, VMS last ran there in the then K&N Pro Series East in 2013 with Justin Boston, while Drew Dollar (East), Chandler Smith (NGROTS and Cars Tour) and Mason Diaz (NXS and East) all have previous starts.

· BRISTOL SCHEDULE: Officials will hold a limited, group five-minute practice session from 6-6:45 PM and wave the green flag at 9:30 PM ET. The field will be set on combination Owners Points.

· WELCOME TO THE TEAM: Current ARCA Menards Series West point leader Jesse Love will be making his first start with VMS in Saturday’s Toyota 200. Love currently has three AMSW wins to his credit to-date and will be working with the Billy Venturini led No. 20 crew.

· LIGHTS, CAMERA, ACTION: Tune in for the tape-delayed MAVTV broadcast Saturday, September 19that 6 PM ET and be sure to look for Jesse Love with the Toyota in-car camera.

· SOCIAL: Fans can interact with VMS and their drivers on social media utilizing the different outlets:

“I really enjoyed racing at Bristol Motor Speedway last year and was able to stay in the top-five all day, so we’ll be looking to replicate that for sure. Winchester (Speedway) is another new track for me and it looks really fast, so that should be a fun race. I feel like we’re making gains on the short tracks, so hopefully we’ll have two solid nights for our Sunbelt Rentals team.”

“Really enjoy racing at Bristol (Motor Speedway) as it’s a fast, technical short-track. Was able to run there last year in the Truck Series race and come home second, so we will be looking to build off that for Thursday in our JBL Toyota.”

“I really do believe we’ll have a shot to win Saturday, that’s the plan, at least, and I know that this Venturini Motorsports team is definitely capable of doing that and we’ll be able to run up front. We have such a great team and the No. 20 Toyota Camry has been really dominant this year; Chandler Smith has obviously proven that, and so has Corey Heim and Ryan Repko. They’ve obviously done some really great things and Billy Venturini knows what he’s doing and how to put it in victory lane.”

“I think Bristol (Motor Speedway) is a bucket list track for every oval racer. I know it is for me. Even though short tracks aren’t my favorite, I think Bristol will be an exception. I’ve always enjoyed watching the races there and driving the track on simulators so I’m excited to get there and get to experience it in person. Much like Bristol, Winchester (Speedway) is a historic short track that looks like an absolute blast to make laps at. I was actually kind of bummed when it was taken off the ARCA schedule a few years ago, but this is one I’m genuinely excited about that showed up as a replacement track this year.”

“Bristol (Motor Speedway) is one of the races I was looking forward to the most this season. This is one of the tracks I’ve races at a handful of times that was originally on our 2020 schedule, so I was excited to get back to somewhere I’ve been and ran well at. Hopefully we unload with some speed and have a great day.” 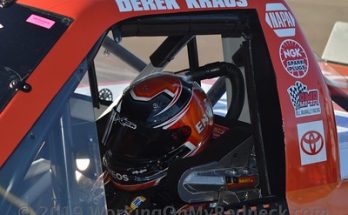 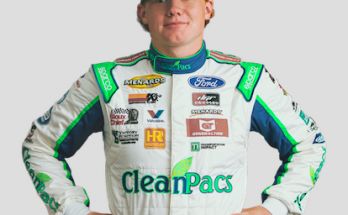 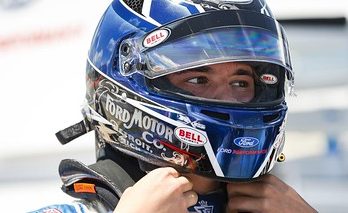