The Dutch Boy Paints 150 is one of a series of races designated as a showdown event on this year’s ARCA Menards Series schedule. The showdown events are considered a series within a series.

BMR has had success the past two years in NASCAR K&N Pro Series East-West combination races at World Wide Technology Raceway. The team finished 1-2 at the 1.25-mile oval in Madison, Ill., in 2018 and returned last year to notch another runner-up finish in the prestigious combo event.

Three talented young rookies at BMR – Giovanni Scelzi in the No. 16 NAPA AUTO PARTS / Curb Records Toyota Camry, Jesse Love in the No. 19 NAPA Power Premium Plus Toyota Camry and Gracie Trotter in the No. 99 ENEOS Toyota Camry – will try to follow up on that success in this year’s showdown event. This will mark the third ARCA Showdown race of the year for the trio of BMR drivers, following events at Phoenix and Iowa. They are running the full schedule this year in the ARCA Menards Series West, along with competing in other select ARCA races.

NAPA AUTO PARTS will be well represented at the track over the weekend – with activation and support at the ARCA race on Saturday, as well as involvement in the NASCAR Gander RV & Outdoors Truck Series race on Sunday.

A special group of guests from NAPA Belts & Hoses and Gates Hydraulics – along with guests from McKay Auto Group, BBB Industries, NAPA Filters, NGK and ENEOS – will be in attendance. They will be treated to a VIP experience pit tour, along with a driver meet-and-greet, gifts and food and beverages. An NGK VIP crew member will also be honored at the race. Guests must comply with federal, state and local restrictions – which includes medical screening, hand washing, social distancing and wearing masks.

BMR finished 1-2 in the first NASCAR K&N Pro Series East-West combination race at Gateway in 2018, and followed that up with a runner-up finish there last year. 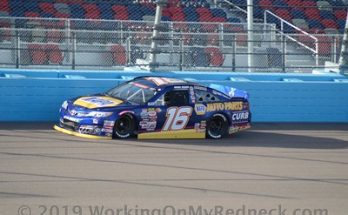 BMR Heads To All American Raceway 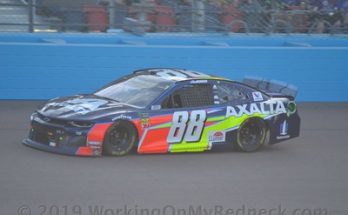 Greg Ives Is Ready For Kansas