With the upcoming end to the three-year relationship between Acura and Team Penske in IMSA’s Daytona Prototype international class, Team Penske president Tim Cindric says ATP’s high-profile drivers have been advised to search for new opportunities in 2021 and beyond.

Reigning DPi champions Dane Cameron and Juan Pablo Montoya, along with teammates Helio Castroneves and Ricky Taylor in the sister Acura ARX-05, are among the most popular drivers in the WeatherTech SportsCar Championship, and with Team Penske’s post-Acura future somewhat uncertain in IMSA, the foursome is not anticipated to remain intact after the season concludes at the Mobil 1 Twelve Hours of Sebring in November.

“It’s a real difficult thing for us because all those guys mean a lot to us,” Cindric told RACER. “We think the world of all of them, and we’ve been very upfront with them throughout this process with Acura. And we’ve told them all that, ‘Hey, going forward, you really need to look for what is in your best interests.’”

Although Acura is expected to continue in DPi next year, likely with more than one team, Penske’s immediate return with a new manufacturer is considered unlikely as the auto industry deals with the financial effects of COVID-19.

“With the uncertainty that’s out there right now, it’s very difficult to plan very far ahead, because those that you work with, whether they be the OEMs, the sponsors, or what have you, even the series in some cases, don’t have the answers either,” Cindric added. “So, it’s very difficult to put programs or plans in place that ordinarily we’d maybe be working on.”

Among the four full-timers, Castroneves is the only driver to race for Penske outside of IMSA; he completes The Captain’s four-car Indianapolis 500 program in August. Beyond the three-time Indy 500 winner receiving future calls to race at the Speedway with the owner he’s driven for since 2000, Cameron, Montoya, and Taylor are more likely to land with new teams when the next WeatherTech Championship begins in January.

“So, we’ve said to each of them, ‘Look, don’t wait for us, but we’ll certainly keep you abreast of what potential we have or whatever else,’ because we’d love to continue working with those guys or work with them again at some point,” Cindric added. “So, I can’t say that it’s a no, but I can’t say it’s a yes.”

TIL NET TIME, I AM STILL WORKING ON MY REDNECK! 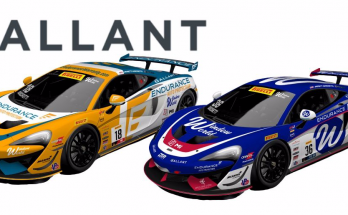 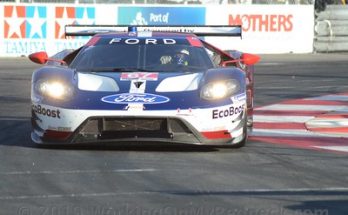