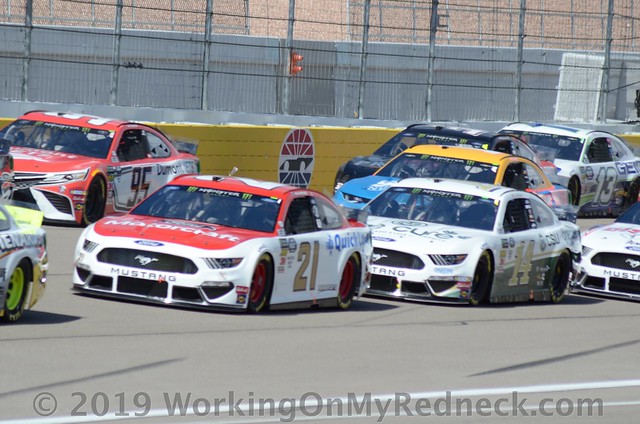 As the NASCAR Cup Series prepares for the 20th event of the 2020 season, time is running out for drivers to solidify their positions in the Playoffs. With 10 drivers already locked in on wins – Denny Hamlin (five wins), Kevin Harvick (four wins), Brad Keselowski (two), Joey Logano (two), Ryan Blaney, Chase Elliott, Martin Truex Jr., Alex Bowman, Austin Dillon, and Cole Custer (each have one win) – there are still six spots up for grabs as the series heads to New Hampshire Motor Speedway for the Foxwoods Resort Casino 301 on Sunday at 3 p.m. ET on NBCSN, PRN and SiriusXM NASCAR Radio.

As we head to the Magic Mile on Sunday, Aric Almirola (+134 points up), defending series champion Kyle Busch (+120) and his brother Kurt Busch (+119) all have comfortable point leads over 17th place Tyler Reddick – in the first spot outside the Playoff cutoff. But the drivers right below them in the standings – Clint Bowyer (+42) in 14th, Matt DiBenedetto (+35) in 15th, and William Byron (+10) in the 16th and final transfer spot are all feeling the pressure of clinging to their postseason contention chances by such small point margins.

Stewart-Haas Racing’s Clint Bowyer, who jumped up one position after last week at Kansas and is now sitting in 14th in the Playoff outlook is 42 points up on the postseason cutline. This season, Bowyer has amassed two top fives and five top 10s. He finished 14th at Kansas Speedway last weekend and finished 20th last season at New Hampshire. In 26 series starts at New Hampshire, he has posted two wins (including his NCS career-first victory), four top fives and nine top 10s.

Wood Brothers Racing’s Matt DiBenedetto is next in the driver standings and is having a career year, currently 15th in the Playoff outlook with just a 35-point cushion up on 17th place Reddick – the first spot outside the Playoff cutoff. This season DiBenedetto has collected two top fives and five top 10s in 19 starts. DiBenedetto has recorded one top five and one top 10 in eight starts at New Hampshire. Last season, he finished fifth for Leavine Family Racing, one of his best career finishes to date.

Of the five drivers outside the Playoffs but within 100 points of the cutoff, Johnson has the best average finish (11.8) at New Hampshire ,followed by Erik Jones (16.0).