No. 12 Verizon Dallara/Chevrolet – Will Power

Will Power and the No. 12 Verizon Dallara/Chevrolet team walked away from Saturday night’s second race of the Iowa Speedway doubleheader feeling redeemed, turning his season-long bad luck around by earning a second-place finish and moving up five positions in the point standings.

In what was a relatively and much welcomed “uneventful” night for Power, the former series champion raced inside the top-three all night long. Following leader and teammate Josef Newgarden to the pits on lap 58, the Verizon crew made a front wing adjustment as he continued to try and close the gap on Newgarden.

Much of the evening, battling traffic proved to be the toughest challenge for the Australian driver.
Power used strong pit stops and good strategy to keep his Chevrolet near the front of the field. After falling back to third behind Pato O’Ward, he took advantage of a mistake on pit road by O’Ward to slot into second and once again chase down Newgarden.

In the end, the Verizon Chevrolet had nothing for his teammate, but did collect his second running-up finish of the 2020 season. His podium finish also allowed him to climb to fifth in NTT INDYCAR SERIES championship point standings.

Quote: “It feels good. We just had a solid day. I just want to thank Verizon and Chevy for all of their support. I would have loved to have the win of course. I’m glad for once we actually get a good result out of it. Solider on, man. I’m exhausted – it’s so bloody hot in these cars man. I’m going to look forward to trying to have a good rest of this season. I don’t know what it is I have to do to have normal races like Dixon and Pagenaud. Excited to have a good finish tonight though.” 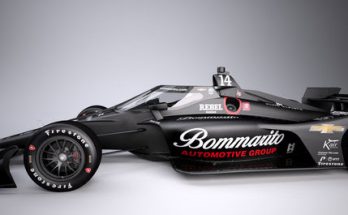