Iowa Speedway, the shortest track on the schedule, has been a home of recurring success for Ed Carpenter Racing. For the past seven years, ECR has left the Newton, Iowa oval with a Top 5 finish. Team owner Ed Carpenter and rookie Rinus VeeKay will work to continue that trend this weekend as they take on the first NTT INDYCAR SERIES doubleheader at the .875-mile track. The Iowa INDYCAR 250s will take place under the lights on Friday, July 17 and Saturday, July 18.

ECR’s No. 20 entry is split between Conor Daly on the road and street courses and Carpenter on the ovals. Daly’s U.S. Air Force Chevrolet was scheduled to be in 13 of 17 events this year, but four of those races have been cancelled due to the COVID-19 pandemic. To make up for events that were missed, the No. 20 will stay painted in U.S. Air Force colors this weekend while Carpenter is behind the wheel.

In addition to the streak of seven Top 5s in seven years, an ECR driver stood on the first or second step of the podium for four consecutive years at Iowa Speedway. In 2016, Josef Newgarden qualified second, took the lead on the first lap and led a total of 282 laps on his way to the win. ECR earned second place finishes with Spencer Pigot in 2018, J.R. Hildebrand in 2017 and Newgarden in 2015. Other Top 5s were delivered by Carpenter in 2013 (4th) and 2014 (5th) and Pigot in 2019 (5th). In total, 10 of ECR’s 13 starts at Iowa Speedway have concluded in Top 10 finishes.

Iowa Speedway is the site of VeeKay’s very first oval track experience. He came to the U.S. via the Netherlands in 2017 to join the Road to Indy ladder system, beginning with USF2000. In his oval debut, VeeKay finished second. Only four races into his NTT INDYCAR SERIES CAREER, the 19-year-old already has a Top 5 finish to his name after finishing 5th at the Indianapolis Motor Speedway road course two weeks ago. VeeKay’s No. 21 Chevrolet will be back in the colors of car care product manufacturer SONAX and online distributor Autogeek.com.

Carpenter has competed in 12 of 13 NTT INDYCAR SERIES races at Iowa Speedway and has finished in the Top 10 five times since becoming both a team owner and a driver. He began his 18th season of competition with a Top 5 finish at Texas Motor Speedway last month. With his result at Texas, Carpenter has over 50 Top 10 finishes, even as he has only raced the oval events since 2014. The 39-year-old has led at least one Indy car race each of the past 12 years.

For the first time, the Iowa Speedway race weekend will feature two full-length, points-paying races. Carpenter and VeeKay will race on both Friday and Saturday nights; both 250-lap races will be broadcast live on NBC Sports Network beginning at 8:30 p.m. ET (7:30 p.m. local). Under the guidance of public health officials, medical experts and local, state and federal authorities, INDYCAR and Iowa Speedway will welcome ticket holders while enacting enhanced health and safety measures.

ED CARPENTER, No. 20 U.S. Air Force Chevrolet: “Every year I get excited to race at Iowa! It is such a cool race track with some of the best racing each season. Having a doubleheader this year is going to make it even better. I have been wanting to win this race for a long time and I am determined to make it happen this year!”

RINUS VEEKAY, No. 21 SONAX/Autogeek Chevrolet: “I am really looking forward to Iowa! It’s going to be the first oval after the difficulties I had in Texas, so it gives me extra motivation to do extra well! The team has produced many good results in the past at this track so I think it will be a good weekend. Iowa is the first oval I ever drove at, it will be quite cool to come back after three years and this time in an Indy car! Two races will be tough, but I’m very confident. I can’t wait to get there and I am ready to fly around that track!” 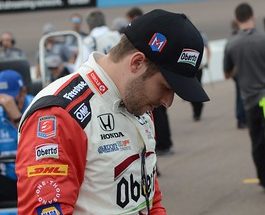 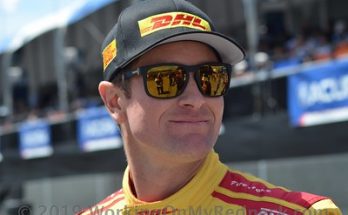 Hunter-Reay Brushed The Wall In Quals 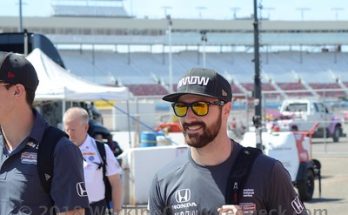