California has always been a hotbed of talent in all forms of automobile racing. And two of the most legendary competitors from the Golden State are from Bakersfield: Kevin Harvick and Rick Mears.

Both are championship-winning drivers and are winners of the biggest races in their respective NASCAR Cup Series and IndyCar Series arenas. And they have had so much success Indianapolis Motor Speedway, where they have a combined six wins and nine pole positons.

Harvick and Mears are both drivers known for showing up when it matters the most – at the end of the race. Mears went a lap down early in the 1988 Indianapolis 500 and came back to win. And in 1991, he almost went a lap down and, at the end, passed Michael Andretti on the outside of turn one and stormed away for his fourth Indianapolis 500 victory.

“The Closer” is Harvick’s nickname because oftentimes, after the final pit stop, he will all of a sudden find himself battling for the win, as was the case last Saturday at Pocono (Pa.) Raceway. Thanks to great pit strategy by crew chief Rodney Childers, Harvick led the final 17 laps to score his first career Pocono victory. Of note, Mears, whose middle name is Ravon, unbeknownst to many, won three IndyCar races at Pocono in 1982, 1985 and 1987.

Harvick will be going for his third Brickyard 400 win this weekend as he will drive the No. 4 Busch Light Patriotic Ford Mustang for Stewart-Haas Racing (SHR). In addition to his two wins and three poles, Harvick also has seven top-five finishes, 13 top-10s and has led a total of 321 laps in his 19 career NASCAR Cup Series starts at Indianapolis. His average start is 12.1, his average finish is 8.9 and he has a lap-completion rate of 99.6 percent – 3,050 of the 3,062 laps available.

The combination of Harvick competing at Indianapolis in SHR equipment is impressive, as well. In his last six NASCAR Cup Series starts at Indianapolis, all of which have come with SHR, he has finished inside the top-10 in each, with the 2019 win, three top-fives and two Busch Poles.

Harvick and Mears have combined for 81 career wins in NASCAR Cup Series and IndyCar Series competition with 18,041 laps led. But it’s the Indianapolis victories, the town of Bakersfield and five decades of success that form the mutual respect. And friendship.

You grew up in Bakersfield and were a fan of Rick Mears. Can you talk about that?

“I think, for me growing up in Bakersfield, a Rick Mears fan and racing around Clint, his son, in go‑karts and seeing Rick and Roger (Mears, brother) and that whole Mears Gang at the racetrack, I mean, that was part of my childhood. And to see the success that he (Rick) had (at Indianapolis) and know the racing heritage that the Mears family has at this particular racetrack, and the history that they have is something for me that’s pretty special, just because of the fact that those are people I grew up around. They came from the same town that I come from in Bakersfield, and it’s just something you don’t really realize when you’re a young kid.”

You’re going to Indianapolis for a doubleheader with the IndyCar Series and the NASCAR Xfinity Series on Saturday and the Cup Series race on Sunday. Do you think even under these strange circumstances this race could still have a potential positive impact for the motorsports community?

“I think our races have had a positive impact on the motorsports community every week. Our industry has just done a great job, really been the leader in trying to help other sports figure out how they’re going to get back on track.I think when you look at the Indy doubleheader, you hear guys from both sides. We had Tony Kanaan on my radio show talking about this particular weekend, and IndyCar and NASCAR running together.We’re all racers. We want racing to be successful. I know it’s kind of had that stigma for a number of years there’s the IndyCar guys and there’s the NASCAR guys.One thing I learned over the winter doing iRacing, racers are racers. If you race on a computer, in IndyCar, everybody wants to see a good race and be part of a cool event. I think it’s going to be a cool event.With Roger Penske owning the Indianapolis Motor Speedway, you’re going to see different things. I think this is the first step of many that will bring exciting shows to the racetrack”

You and Harvick grew up in Bakersfield and you have both won at Indianapolis multiple times. Can you talk about that?

“It’s pretty cool. It doesn’t matter what car or whatever, it’s Indy. And I’ve followed (Harvick’s) career, especially because he’s from Bakersfield. I was living in and out of Bakersfield and I remember watching him run some short-track stuff out there and he was doing a good job then. I remember talking with him when he was old enough to drive and you could see a lot of the short-track styling and learning at work. The way he backs the corner up and the kind of stuff you have to do at places like the (Indianapolis Motor) Speedway.”

You never ran a NASCAR event, but did some IROC races. Did you ever think of crossing over to NASCAR racing?

“I had some opportunities early on. Back in the day, USAC had a stock-car program that was similar to NASCAR’s and I ran a couple of races for a couple of guys, just messing around. I think one was at Michigan and one was at Milwaukee. And then I ran a lot of the IROC Series. I loved the stock cars, they were a lot of fun. But there was only one way I was going to do it and that was to get totally out of IndyCar and get in with both feet and get with the right people and the right equipment. I would have really had to work at it, but there were some opportunities. I loved driving them, but I did like the Indy car better.”

Could Harvick have crossed over into IndyCar racing?

“He’d have done very well. He’s a racer. He would do very well because he’s a racer. He’s got a very good feel. The big thing for me, the difference between the stock cars and the Indy cars, is that the cars talk to you. You get in a different car and you take it out and you listen to it and do what it wants. The way I always explain it is, the stock cars yell at you, the Indy car whispers to you. It would just take time and laps in an Indy car, but he could do that because he’s a driver. He wouldn’t have any trouble. It’s just getting the laps and the experience.”

“To me, it was common sense, and I don’t like pain (laughs). You don’t take the risk until it’s time. You do what’s necessary when it’s necessary. But when do you and when do you not? It’s amazing how many guys don’t understand that. I only needed to lead one lap – and I didn’t even need to lead all of it. There’s only one way to win and that’s to finish. I’ve watched (Kevin) over the years, and he runs smart. That’s what I always called running smart. Plus, you don’t want to show your hand all the time. You keep a little in reserve until after the last stop so no one can make any changes and you say, ‘OK guys, he’s what we’ve got.’ If they think they’ve got you covered, they won’t take as many risks on that last stop.”

· Dynamic Duo: While this is Harvick’s 20th year in the NASCAR Cup Series, it’s his seventh with crew chief Rodney Childers, which is the longest pairing of any current driver-crew chief combination. Since joining forces at Stewart-Haas Racing (SHR) in 2014, Harvick and Childers have combined to produce 29 points-paying victories, a victory in the non-points 2018 NASCAR All-Star Race at Charlotte (N.C.) Motor Speedway, 25 Busch poles, 114 top-five finishes and 165 top-10s while leading 10,180 laps. They won the 2014 championship, finished runner-up in the 2015 title chase to champion Kyle Busch, finished eighth in 2016 and third in 2017, 2018 and 2019.

· His most recent Cup Series win came on June 28 at Pocono Raceway.

· Points Position: Harvick arrives at Indianapolis first in the NASCAR Cup Series standings with 581 points, 52 markers ahead of second-place Ryan Blaney. He’s led the points since the conclusion of the March 8 race at Phoenix Raceway.

· Harvick at Indianapolis since 2014 – The combination of Harvick competing at Indianapolis in SHR equipment is impressive. In his last six NASCAR Cup Series starts at Indianapolis – all of which have come with SHR – he has finished inside the top-10 in each of the six events, with one win (2019), three top-fives and two Busch Poles.

· Laps Completed: Harvick is 16th all-time in laps completed with 199,349 after Saturday’s race at Pocono Raceway. He should break 200,000 laps completed in late summer. He is the leader among active drivers and is closing in on Dale Earnhardt, who is 15th with 202,888.

· Already Playoff Bound – Harvick qualified for the 2020 Cup Series playoffs with his win May 17 at Darlington (S.C.) Raceway.

· Second-place: By finishing in second-place on June 29 at Pocono Raceway, Harvick now has 56 runner up finishes and passed Buck Baker for ninth on the all-time list. He can tie Darrell Waltrip for eighth with another runner-up finish. 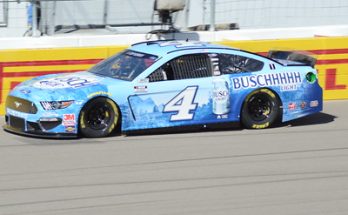 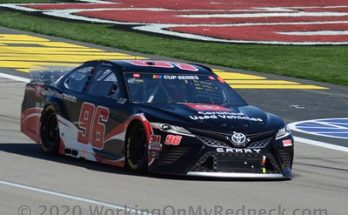 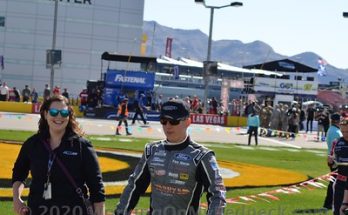