● Rain stopped the action on lap three for about 50 minutes.

● When racing resumed Bowyer ran in 15th-place and told his crew his car was loose.

●.With no chance to earn bonus points, the No. 14 Mobil 1 Ford pitted for four tires and fuel with just three laps left in the stage.

● Bowyer stayed on track during the stage break and moved from 31st to 15th when several leaders pitted.

● Bowyer continued to struggle with a loose Mobil 1 Ford Mustang, dropping to 19th in the stage’s opening laps.

● He avoided a spinning Christopher Bell on lap 39 and Chris Buescher on lap 44 in separate incidents.

● Bowyer remained on the track during both cautions and moved to ninth with 17 laps left in the stage.

● Kyle Busch’s crash with 10 laps left in the stage brought out the caution. Bowyer pitted for tires, fuel and more adjustments.

● Bowyer restarted the race in 14th with six laps left in the stage.

● He stayed on the track during the stage break and moved up to eighth.

● Bowyer climbed to fourth before pitting under green for right-side tires with 34 laps remaining.

● He and Alex Bowman battled fender-to-fender coming to the checkered flag with Bowyer claiming eighth.

● Bowyer earned his fifth top-10 of the season and his 13th top-10 in 30 career NASCAR Cup Series starts at Pocono.

● This was Bowyer’s fifth straight top-11 at Pocono. He finished 11th in the series’ visit to the track last July – his only result outside the top-10 in his last four races at Pocono.

● Since joining SHR in 2017, Bowyer has not finished outside the top-20 at Pocono.

● Denny Hamlin won the Pocono 350 to score his 41st career NASCAR Cup Series victory, his series-leading fourth of the season and his record-tying sixth at Pocono. His margin of victory over second-place Kevin Harvick was 3.068 seconds.

● There were eight caution periods for a total of 31 laps.

● Harvick remains the championship leader after Pocono with a 52-point advantage over second-place Ryan Blaney.

Clint Bowyer, driver of the No. 14 Mobil 1 Ford Mustang for Stewart-Haas Racing:

“That was a tough race. We were just so loose today. By ourselves we were good and could turn in a good lap, but in traffic we struggled.”

The next event on the NASCAR Cup Series schedule is the Big Machine Hand Sanitizer 400 on Sunday, July 5 at Indianapolis Motor Speedway. The race starts at 4 p.m. EDT with live coverage provided by NBC and SiriusXM NASCAR Radio. 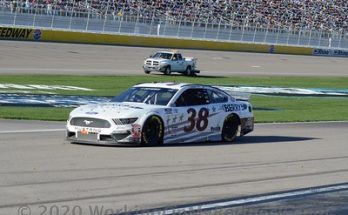 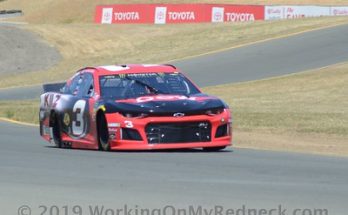