Ryan Blaney started ninth and finished 22nd in Sunday’s Pocono 350 at Pocono Raceway. The driver of the Menards/Richmond Ford Mustang ran in the top-five most of the day, but late-race contact with the outside wall ruined the High Point, N.C. native’s day.

Blaney started off strong driving his way into second-place by lap five. Following a 50-minute delay for rain, Blaney restarted second and begin a battle with Kurt Busch for the race lead. Battling an aero-tight Menards/Richmond Ford, Blaney would settle for a second-place finish in Stage 1 and chose not to pit during the stage break.

Blaney restarted ninth for the final stage of the race and made his final scheduled pit stop on lap 101 for right-side tires and fuel. In position to run to the end of the event, Blaney was forced to make an unscheduled stop after contact with the outside wall and was credited with a 22nd-place finish.
Blaney remains second in the NASCAR Cup Series standings, 52 points behind leader Kevin Harvick.

Quote: “We had another good Menards/Richmond Ford Mustang today. I felt like we made improvements on the handling over yesterday and were positioned for a top-five finish. Unfortunately, I got in the wall and had to make an unscheduled pit stop. The results weren’t indicative of how we ran, but we’ll move on to Indianapolis next week.” 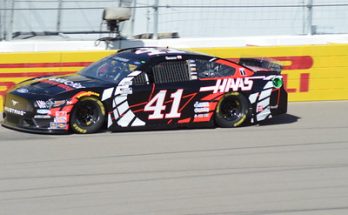 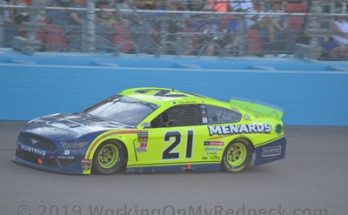 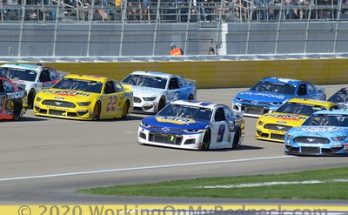 Logano: FireKeepers 400 Was A Good Recovery