A part-time Indiana Midget Week participant in most years, mainly in the early week portion that didn’t conflict with other racing commitments, Larson narrowly missed out on an Indiana Midget Week championship in his first try in 2011, finishing second, six points behind Bryan Clauson in the final tally. Larson was also 6th in the IMW standings in 2012-13 despite not competing in all the events.

Larson hadn’t taken part in the full slate of Indiana Midget Week events since his 2011 USAC NOS Energy National Midget Rookie of the Year season, but jumped at the chance when an offer to run the whole deal was presented to him by Tucker-Boat Motorsports.

“They’ve got really nice equipment, probably the most beautifully built cars in the pit area,” Larson praised. “It’s just a pleasure to get to race them and drive them. They’ve got a long notebook with Chad racing himself and now has migrated into the ownership and crew chief side of things and he’s been able to build it even more. It’s just been a lot of fun to race for him. Hopefully, we can get back together more this season.”

The Elk Grove, Calif. driver won four of the six IMW races, including the first three at Paragon Speedway and Gas City I-69 Speedway as well as the first night at Lincoln Park Speedway, becoming the first driver since himself to pull off the consecutive hat trick with the series, a feat he also achieved in the final three races of the 2019 season.

The Paragon victory came in the first USAC National Midget event held there since 1985, where Larson set fast time in qualifying and led just the final four laps to score the win.

Successive triumphs at Gas City and Lincoln Park were most impressive, though, with Larson charging to the victory from 14th at Gas City and 15th at Lincoln Park, which equaled the largest advancement of any winning driver this year in the series (Tanner Thorson in March at the Southern Illinois Center).

Larson would win again with another late-race surge, leading the final four at Lawrenceburg, but perhaps most important of all in winning a championship of any sort is consistency. Of course, winning consistently will obviously take care of any point situations that are encountered. It ultimately comes down to how a driver does on those off nights.

Well, those “off nights” for Larson included a second-place finish on the second night at Lincoln Park to teammate Chris Windom and another runner-up finish on the final night at Kokomo by a half-car length to Tanner Thorson, both races which Larson was the fastest qualifier. He was the fastest qualifier a total of three times throughout the week.

To put this run all into perspective, Larson hasn’t finished outside of the top-two in USAC NOS Energy Drink National Midget competition in his last nine starts dating back to the end of the 2019 season.

With that kind of consistency, it’s easy to see why his commanding 73-point winning margin in the 2020 Indiana Midget Week standings trounced the previous record of 44 set by Darren Hagen in 2012.

“It means a lot,” Larson exclaimed. “I’ve only gotten one other opportunity to race for an Indiana Midget Week championship; that was almost 10 years ago in 2011. I’ve grown up a lot since then and am probably a lot smarter racer than I was back then. To be able to be as consistent as we’ve been and win lots of races, it’s awesome.”

In the process, Larson’s four wins this week catapulted him to a share with Bryan Clauson atop the Indiana Midget Week all-time winners’ list with nine victories, the first of which was also the first of his USAC National Midget career in 2011 at Bloomington Speedway.

“Any time you’re anywhere near the same number of wins as Bryan on anything, it’s special,” Larson said. “To tie him in Indiana Midget Week wins is really cool. I got to race him a lot in 2011 and 2012. We became close friends after I stopped racing with him a lot. We became close with him and Lauren (Clauson’s then-fiancée) and my wife. It’s just an honor to be tied with him right now.”

Throughout IMW, Larson passed a staggering 41 cars throughout the six feature events, 13 more than his closest competition, Justin Grant with 28. Larson was also the only driver to advance from his original starting position in all six events.

For team owner Chad Boat, an Indiana Midget Week feature winner as a driver in his own right at Lincoln Park in 2018, his move from behind the wheel to the ownership/crew chief side of the equation has already paid big dividends. Not only did two of his cars win five of the six IMW feature events and occupy the top-two positions of the standings with drivers Larson and Windom, Boat’s car and driver (Windom) also hold a 64-point lead in the USAC NOS Energy Drink Midget National Championship standings exiting IMW, a week that can set the tone for the remainder of the year.

“The guys have done a great job,” Boat said. “We have great partners that make it all happen and our guys have gotten up on the wheel. Kyle’s been really tough to beat, but Chris stood up in the seat at Lincoln Park, so that was really cool. We’re a pretty small crew and we’re a young group, so we have a lot of fun, but we take it seriously. My guys have done a great job and I couldn’t do it without them.” 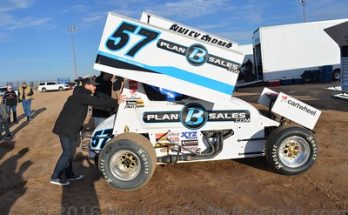 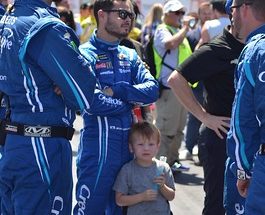 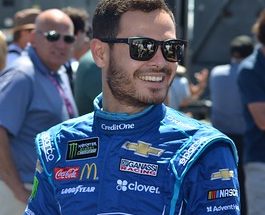