The ARCA Menards Series will host its first race for its premier series Saturday afternoon since going on hiatus because of the COVID-19, novel coronavirus following the series’ second race of the season at Phoenix (Ariz.) Raceway on March 6.

21 ARCA Menards Series teams had a short practice session on Saturday morning that was consist with group qualifying that allowed each car to make a few laps around the 2.66-mile superspeedway in a five-car group formation.

Riley Herbst was the fastest in a Joe Gibbs Racing entry. Herbst will pull double duty today as he will also compete in the Xfinity Series Unhinged 300 race shortly following the conclusion of the General Tire 200.

By virtue of owner points, Venturini Motorsports’ Ryan Repko will start on the pole for the General Tire 200. Repko is one of three cars for the staple ARCA Menards Series team.

Repko, 20, will make his fourth career series start but first at Talladega and finished 22nd in the season-opening race at Daytona (Fla.) International Speedway in February. He was fourth in this morning’s practice.

NASCAR Gander RV & Outdoors Truck Series driver Gus Dean, driver of the No. 32 MASHONIT Apparel Co. Chevrolet is the only former Talladega ARCA winner in the field. The Bluffton, S.C. native won in his second-career ARCA Menards Series start in 2016 after completing just two laps in his series debut at Daytona earlier that season.

He starts 15th (by owner points) in an entry fielded by 2004 American Speed Association (ASA) champion Kevin Cywinski and was eighth fastest overall in practice.

Thad Moffitt, the grandson of seven-time NASCAR Cup Series champion Richard Petty will start 21st and last in the General Tire 200 field. Moffitt, 19, will drive a third entry for DGR-Crosley and is a teammate to Deegan and former NHRA driver Tanner Gray. He finished a career-best fifth at Daytona in February.

The weather forecast for Saturday afternoon calls for plenty of sunshine with the ambient temperature in the upper 80s to low 90s. 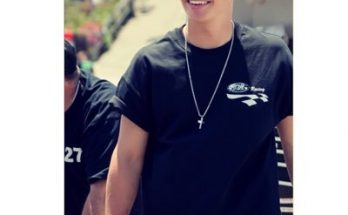 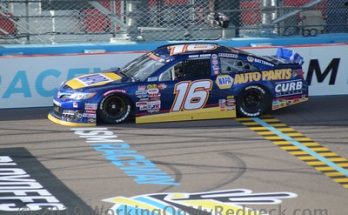