Note: Race extended 10 laps past its scheduled 167-lap distance due to a green-white-checkered finish.

Chase Briscoe outdueled Brandon Jones in a two-lap dash to the finish Sunday at Homestead-Miami Speedway to earn his third NASCAR Xfinity Series win of the season. Briscoe led five times for 11 laps, but worked the hardest in the final two tours around the 1.5-mile oval, as he kept his No. 98 Ford Performance Racing School Mustang out front to take the checkered flag by just .072 of a second. The win was the fifth of Briscoe’s career and it came in his 60th career Xfinity Series start.

“That was a team win, for sure. Yesterday we were so good and then today, I don’t know if it was the heat or what, but we weren’t very good. We were decent on a long run, but Noah Gragson was better. It’s a testament to everyone at Stewart-Haas Racing and how hard they work on this Ford Performance Racing School Mustang.

“I feel like we could have six wins right now. To have three is good, but we just have to execute. It’s nice to back up what I said earlier this year about how capable we are of winning. I feel like, truthfully, I can win eight to 10 races and we are off to a really good start and not even halfway through the season yet. We just have to keep doing what we’re doing. We knew at the beginning that these were some of the better racetracks for me, and later we will go to some that aren’t so great for me. We will try to figure it out and maybe steal some wins.”

● This was Briscoe’s series-leading third win of the season and his first at Homestead.

● Briscoe’s margin of victory over second-place Brandon Jones was .072 of second.

● The victory allows Briscoe to compete in the Xfinity Series Dash 4 Cash program in the series’ next race at Talladega (Ala.) Superspeedway. Briscoe will vie for a $100,000 bonus against Jones, Ross Chastain and A.J. Allmendinger, the top-four finishers in the Contender Boats 250. Should Briscoe win at Talladega, he will pocket $100,000 and advance to the final Dash 4 Cash race June 28 at Pocono (Pa.) Raceway, where he will be eligible to compete for another $100,000.

● This was Briscoe’s 60th Xfinity Series start and third at Homestead. He finished third in last year’s Ford EcoBoost 300.

● There were six caution periods for a total of 28 laps.

● Only nine of the 38 drivers in the Contender Boats 250 finished on the lead lap.

● Noah Gragson remains the championship leader after Homestead with an 18-point advantage over second-place Briscoe.

The next event on the Xfinity Series schedule is the Unhinged 300 at Talladega Superspeedway on Saturday, June 20. The race starts at 5:30 p.m. EDT with live coverage provided by FS1 and SiriusXM NASCAR Radio. 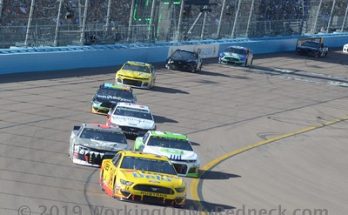 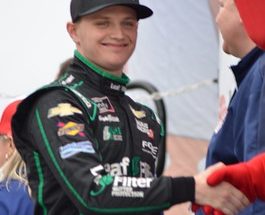 Haley Returns To Kaulig Racing In ’21