The NASCAR Cup Series is returning to Florida for the first time since the season-opening Daytona 500 – and this time around Homestead-Miami Speedway has a new feel.

For the past 18 seasons, since 2002, Homestead-Miami Speedway has hosted the season finale for all three NASCAR national series. This year the South Florida race was moved up to the second month of the season and was originally scheduled to take place on March 22nd, before the COVID-19 pandemic brought racing to a halt.

Since the start of the elimination-style Playoff format with the 2014 season, the NASCAR Cup Series champion won their title by also winning the season finale at Miami. Prior to that, Tony Stewart (2011) was the only series champion to also win at Miami (2002-2013).

Stewart also holds another honor at Homestead-Miami Speedway – he is the only driver in series history to win in his track debut there (he won the first two races run at Miami – 1999, 2000).

There have been 14 different series race winners at Homestead-Miami Speedway, led by Stewart and Greg Biffle with three apiece. Joe Gibbs Racing drivers Kyle Busch (2014, 2019) and Denny Hamlin (2009, 2013) have the most among active drivers with two each.

Kurt Busch, Matt Kenseth, Jimmie Johnson and Kevin Harvick lead the field with 19 starts apiece at Miami. And all have one win each at the track. 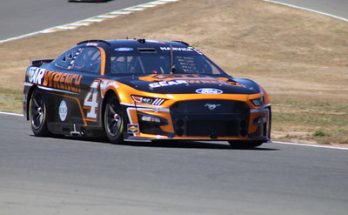