GMS Racing officials announced today that All Weather Armour®, a top designer and manufacturer of the most advanced gutter guards and ice dam prevention technology, will serve as primary sponsor for Sam Mayer at several NASCAR Gander RV and Outdoors Truck Series and ARCA Menards Showdown Series races in 2020. Mayer will represent the Wisconsin-based organization at the upcoming ARCA Menards Series East race at Toledo Speedway on June 13.

“I am excited about this new partnership with All Weather Armour for the 2020 season,” said Mayer. “The company is based out of Wisconsin and to have a sponsor that is based out of my home state is really neat. Their first race will be at Toledo; and I look forward to representing the brand and hopefully taking their name to victory lane for the first time ever.”

Mayer has an impressive resume and continues to climb the ladder of stock car racing. In 2019, Mayer accumulated four wins, 11 top-fives, 11 top-10s, and three pole awards, which propelled him to win the ARCA East Series (formerly known as K&N East Pro Series) Championship and becoming the youngest NASCAR champion in any series. Mayer started the 2020 ARCA Menards season strong by winning the season opener at New Smyrna Speedway, as well as collecting a win at The Bullring at Las Vegas Motor Speedway. Mayer is currently leading the point standings under the ARCA East banner.

“Both All Weather Armour and Sam are from Wisconsin, but the similarities don’t stop there,” said Scott Breyer, managing member, All Weather Armour. “Our company is growing just as quickly as Sam’s career is advancing and we both put a strong value on high-quality performance and in what we both do. It was a natural fit to support him and our business through this exciting partnership.”

All Weather Armour will make their debut on Mayer’s No. 21 Chevrolet at Toledo Speedway on Saturday, June 13 at 6 pm EDT. The race will be streamed live on NBCSN Gold TrackPass and will be re-aired on NBCSN at a later date. The remaining races will be released following schedule updates.

About All Weather Armour – All Weather Armour® based in Sullivan, WI, is the designer and manufacturer of the most advanced gutter guards and ice dam prevention technology available. ArmourGuard® brand gutter guards safeguard your home from clogged gutters caused by falling leaves and debris that can cause a variety of problems such as soffit and fascia rot, dangerous mold growth, water damage to basements and foundations to name a few. Climbing ladders to clean out gutters is dangerous and our professional grade products installed by certified professionals ensure a lifetime of fully functioning gutters, as well as can help with homeowners’ safety by eliminating potential falls from ladders or roofs. For more information visit www.allweatherarmour.com and get updates on Facebook.

About GMS Racing – GMS Racing competes full-time in the NASCAR Gander RV & Outdoors Truck Series with drivers Brett Moffitt, Sheldon Creed, Tyler Ankrum and Zane Smith as well as part-time with David Gravel. The team also competes in the ARCA Racing Series with Sam Mayer. Since the team began in 2014, GMS Racing won the 2016 Gander Trucks Championship, the 2015 ARCA Racing Series championship as well as the 2019 ARCA East championship and has grown to occupy several buildings located in Statesville, N.C. The campus also includes operations for GMS Fabrication. More information can be found at https:/gmsracing.net. 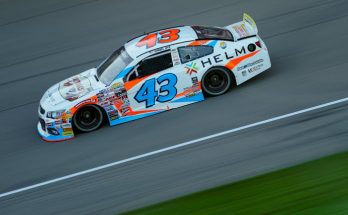 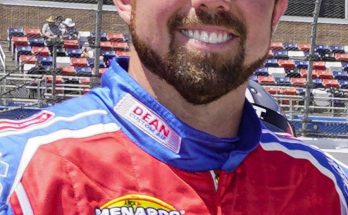 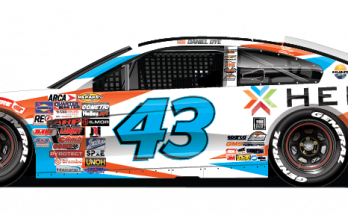