As the NASCAR Gander RV & Outdoors Truck Series resumes action, Raphael Lessard will debut a new primary sponsor, Canac, a Quebec-based group specializing in the distribution and retail sale of building products and hardware. Lessard, a 19-year-old Canadian driver, has one career start on a 1.5-mile oval, earlier this season at Las Vegas (Nev.) Motor Speedway. There he started eighth but finished 30th after a late-race incident. He is in his first full-time season in the Gander Trucks and is competing for Rookie of the Year honors with veteran crew chief Mike Hillman Jr.

So far in 2020, Lessard has two starts, with an average starting position of 8.0 and an average running position of 12.8, but due to bad luck near the end of both races has been relegated to an average finish of 25.0 despite running well. He is currently ranked 18th in the Gander Trucks driver points standings and fifth in the Sunoco Rookie of the Year standings.

Lessard made five Gander Trucks starts in 2019, three of those with Kyle Busch Motorsports (KBM). Across his five starts he posted two top-10 finishes while recording an average starting position of 10.4 and average finish of 11.1.Lessard’s strongest run came in his final start of the season when he was running inside the top five with under 30 laps remaining before getting spun and relegated to a 12th-place finish. While Lessard may be a newcomer to the Gander Trucks, Hillman Jr. has plenty of experience. The veteran crew chief has 302 Gander Truck Series starts under his belt, with 22 wins, 115 top-five and 170 top-10 finishes with drivers including Todd Bodine, Jeb Burton, Kyle Busch and last season, Harrison Burton. At Charlotte Motor Speedway, Hillman has 13 Gander Trucks starts and his drivers have earned one pole, four top-five and four top-10 finishes, with an average start of 10.5 and an average finish of 13.7. His best result was a runner-up finish twice; in 2010 with Bodine and in 2018 with KBM owner-driver Busch.

Due to Lessard’s presence in the series, all 23 NASCAR Gander RV & Outdoors Series races this season will be broadcast throughout Canada on RDS and RDS DIRECT.

CANAC is the first independent hardware and building materials store chain to open in Quebec City. Its expertise of over 145 years of experience allows CANAC to perpetuate the spirit of the hardware stores of yesteryear in a modern environment, with qualified personnel trained by its continuing education centre accredited by Emploi-Québec. CANAC serves both individual customers and contractors and offers aggressive prices that defy all competition. Since its acquisition by Groupe Laberge in 1985, the company’s expansion has focused on opening new modern hardware stores and on renovating existing branches to better adapt them to the needs and expectations of consumers. Today, CANAC has 30 branches and employs more than 3,400 part-time and full-time workers.

What have you done to stay busy since the last NASCAR Gander RV & Outdoors Truck Series race?

“During these crazy times I just worked out as much as I could to be ready for the season and I also watched a lot of film –studied some videos of races in the past. Also, I played some iRacing — iRacing helped a lot, I think it’s the best tool we can use right now. Also, the Toyota Racing Development (TRD) sim once it opened up. I just spent a lot of time there — they have an awesome simulator and I think it is going to help me a lot for the Charlotte race.”

Are you preparing Charlotte any differently knowing that there will be no practice and no qualifying?

“I haven’t been prepping any different. It’s another new race track and another race that I’ve been studying a lot. I’ve just been watching film and asking questions. I have one of the best crew chiefs in the series, Mike Hillman Jr., he’s got a lot of experience, so I’m sure he’s going to bring me a really good CANAC Toyota Tundra for the race. It’s going to be on me, getting used to the race track and the line. I’m going to be able to pace myself to the guys around me for the first few laps and they were are going to tray and just go for it after that. I’m sure we are going to be really fast.”

Will it be different racing without fans? Once you get in your truck, do you notice the fans?

“Not having the fans in the stands is going to be very weird. The atmosphere is going to be different and the place is going to feel empty. Once we get in our trucks, we don’t really see the fans because we are so focused on what we are doing on the race track and trying to win the race. I would say normally we see them during the cautions, for sure. What’s going to feel weird is not having my family with me. I moved down to North Carolina at the beginning of the year, full time, and my parents I see them at every race usually, but it’s been a long time since I’ve seen them and they won’t be at Charlotte. It’s going to feel a little bit weird, but it’s the same for everyone. I’m looking forward to the opportunity of having CANAC onboard with us for the first time as a primary sponsor. The truck is beautiful and I think we are going to have a very good day at Charlotte.”

Started seventh and led 68 laps in the prestigious Snowball Derby at 5 Flags Speedway in Pensacola, Fla., in 2018

Across 27 starts at Charlotte Motor Speedway, KBM drivers have earned six wins, three poles, six top-five and 12 top-10 finishes, with an average starting position of 8.6 and an average finish of 8.8.

KBM holds the NGROTS records for most career wins (76) and most wins in a single season (14 in 2014). In addition to collecting a series-record seven Owner’s Championships, the organization has produced two championship-winning drivers; Erik Jones (2015) and Christopher Bell (2017). 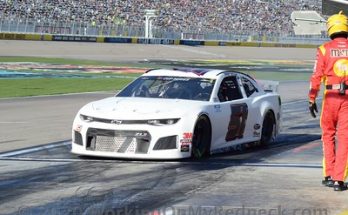 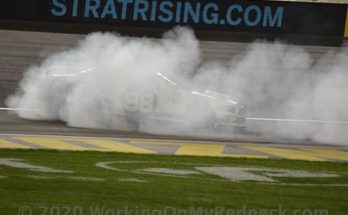 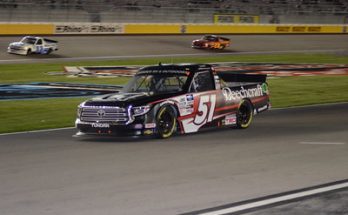