· JONES AT CHARLOTTE MOTOR SPEEDWAY: Erik Jones will make his fifth Cup Series start at the 1.5-mile Charlotte Motor Speedway this weekend for the Coca-Cola 600. In his previous four starts at the track in the Cup Series, Jones best finish is seventh during his first appearance in the Coca-Cola 600 in 2017. In addition to his Cup starts, Jones has five Xfinity Series starts at the track earning a best finish of second in 2015. In his lone Truck Series start at track, Jones led 88 laps before falling to second to Kasey Kahne in one of the closest finishes in Truck Series history.

· JGR AT CHARLOTTE MOTOR SPEEDWAY: Joe Gibbs Racing (JGR) has 130 total starts at Charlotte Motor Speedway in Cup Series competition. In those starts, the team has earned seven wins, 51 top-five finishes, 78 top-10 finishes and 10 pole starting positions. The team has led 3,673 laps, completed 45,352 of 47,107 attempted laps (96.3%) and earned an average start of 12.1 and an average finish of 11.7. Bobby Labonte leads the team with two wins followed by Dale Jarrett, Tony Stewart, Carl Edwards, Kyle Busch and Martin Truex, Jr. all with one win each.

· STARTING LINEUP: For the first time since returning to racing, the NASCAR Cup Series will qualify to set the field for the Coca-Cola 600. Prior to Sunday’s race, teams will qualify starting at 2 p.m. ET.

· THIS WEEK ON THE NO. 20 CAMRY: This weekend, the No. 20 Toyota Camry will carry the familiar black and yellow DEWALT paint scheme featuring DEWALT ATOMIC. The No. 20 Camry will also feature a “Thank You Heroes” message on the car to honor those that have been fighting and continue to fight the Covid-19 pandemic around the United States and the world.

o The ATOMIC Compact Series ™ is an addition to the 20V MAX* system, which is DEWALT’s largest cordless platform with 200+ products.

Where Size Meets Power, the ATOMIC™ Compact Series combines performance and durability in a compact format for a variety of applications.

· POINTS UPDATE: With his fifth-place finish in the Toyota 500(k) at Darlington Raceway, Jones gained two positions in the point standings to secure the 15th position.

· DARLINGTON – TOYOTA 500(k) RECAP: Earning the 13th starting position for the Toyota 500(k), Jones was forced to drop to the back of the field before the green flag due to an unapproved adjustment on the starting grid. Focused on the leaders and improving the tight-handling condition of the No. 20 Camry, Jones was able to move in to the top 20 on lap 30 and cracked the top 10 at the start of stage two. Continuing to improve throughout the race, Jones took the lead on lap 134 and led 27 laps before contact with the wall changed the handling of his car. During the closing laps, Jones slipped to fifth before a late race caution waved and before NASCAR could restart the race, rain forced the race to end 20 laps short. Jones was credited with a fifth-place finish. 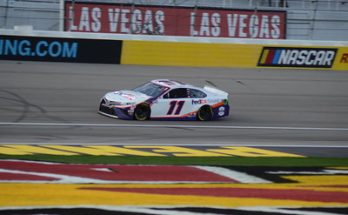 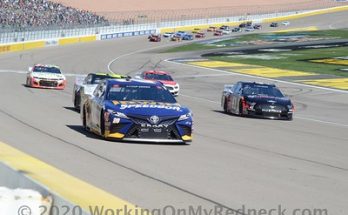 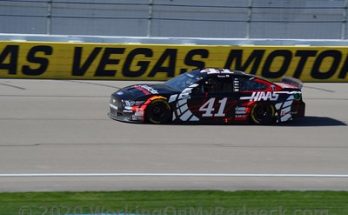