Although the coronavirus pandemic obviously makes taking care of currently scheduled events his top priority for the near term, Roger Penske is seriously considering bringing Formula 1 back to the Indianapolis Motor Speedway as well as taking a look at an IMSA sports car enduro.

“My son Greg has met with Chase Carey (CEO of the Formula One Group) and had some preliminary discussions over the past couple weeks,” Penske told RACER. “Is it time to re-look at an F1 race? I don’t know yet if the economics make sense but we wouldn’t look at doing it before 2022.”

IMS hosted the U.S. Grand Prix from 2000-2007 on a road course built explicitly for F1 and a new scoring/media/hospitality tower was erected along with the pit suites. It’s estimated then IMS chief Tony George spent north of $60 million on the project and the first few years had massive crowds.

But following a disastrous 2005 race in which 14 of the 20 cars dropped out before the start because Michelin deemed its tires unsafe, attendance and interested plummeted and F1 was gone after 2007.

“I want to see F1 return at some point as well as sports cars. Indianapolis is for thoroughbreds and we want to make it special,” he said.

“I’ve had some discussions with (IMSA president) John Doonan and I think there is good potential to run an endurance race at the Speedway,” continued the man whose cars won last year’s Indy 500, IndyCar title, IMSA crown and Australian Supercars title.

There are currently three major long-distance races in IMSA — the Rolex 24 At Daytona, the 12 Hours of Sebring and Petit Le Mans at Road Atlanta.

The longtime car owner/business tycoon purchased IMS and the IndyCar series in January and has been in and out of Indianapolis a dozen times in the past three months — making physical changes to the track and planning what’s best for the paying customers.

“We definitely want to create more great racing and utilization of the Speedway,” said Penske. “We want things that will last a long time and keep our loyal fans coming to the Speedway and bringing their friends and family. It’s a tremendous opportunity for us to make a difference.” 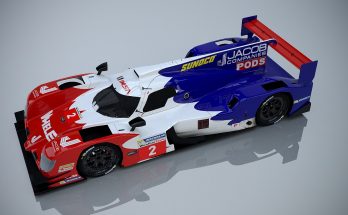