Working his way through traffic in the closing laps in his No. 20 Joe Gibbs Racing Toyota, Burton beat Herbst’s No. 18 Camry to the finish line by .455 seconds, with Austin Cindric trailing the winner by .642 seconds in third.

“Heck yeah, man, this is awesome,” said Burton, who protected the top lane over the final 19-lap green-flag run. “All we’ve heard is that we can’t do it… we’ll never do what last year’s (No. 20 team with driver Christopher Bell) did, but we’re off to a good start. It feels so good to win.

“There’s times when you go through a little bit of a drought, and you doubt yourself. But to get a win feels so good, especially after last year. We struggled a little bit. Once we moved up to the top (of the track) at the end, it was going to be really hard for (Herbst) to pass us. I was trying to be smart and not put it in the wall in the lead. The whole team was huge. I’m just so happy, man. This is something I’ve worked so hard for, and my team’s worked so hard for.

Herbst, who has yet to win a race in one of NASCAR’s top three national series, felt both he and Burton proved a point with their 1-2 run on Saturday. Herbst felt he needed a few more laps to make a winning pass.

“I’m really, really proud of Harrison as well,” Herbst said. “We’ve been working so hard this offseason. We’ve heard it all—everything—(that) we’re not ready for it, that we can’t do this in this series. Well, keep on talking, because we’re coming for more runs this year, for sure.”

In a third Joe Gibbs Racing car, the No. 19 Toyota, Brandon Jones led the first 73 laps in sweeping both the first and second 35-lap stages of the race. But Jones suffered a tire rub and subsequent flat tire after contact in traffic on a restart on Lap 102 of 150 and was relegated to 30th at the finish, four laps down.

Chase Briscoe, last week’s winner at Las Vegas, led 16 laps, but his No. 98 Stewart-Haas Racing Ford spun off Turn 4 on Lap 26 while chasing Burton for the lead. Briscoe finished 19th, two laps down.

Burton leaves California with the series lead, 10 points ahead of second-place Briscoe. Cindric is 18 points back of Burton in third, followed by Sieg, who trails the leader by 24.

Check out the results of the Production Alliance Group 300. 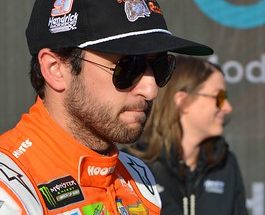 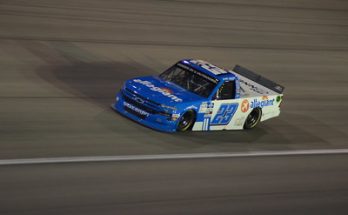 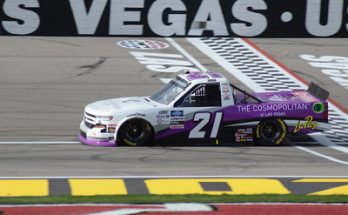