IN THE SPOTLIGHT: Brandon Jones and the No. 19 Toyota Service Centers Toyota team charge into Auto Club Speedway this weekend after earning their second consecutive top-six finish to start out the 2020 season. They are ready to tackle the D-shaped Superspeedway on the second race of their West Coast swing. The 19 team will carry the momentum to the two-mile, low-banked track. They know the track can present its share of challenges but are confident they can conquer it. Jones and crew chief Jeff Meendering are ready to dig into their notebook and set up a winning strategy to put their Toyota Supra in victory lane.

Brandon Jones: “After coming home sixth in Las Vegas we have plenty of momentum heading into our second west coast race of the year at Auto Club Speedway. This race always brings its own set of challenges, but I am ready to take on the 2-mile track! Auto Club Speedway puts on a great show for the fans with its multiple lanes of racing and their extremely fast straightaways. This week it will be extra important to study past notes and utilize our time at the TRD simulator. This will be my fifth time competing on the two-mile track and I feel our chances are higher than ever to put our Toyota Service Centers Supra in victory lane.” 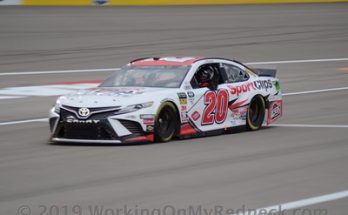 Erik Jones Looks To Be A Spoiler At ‘Dega 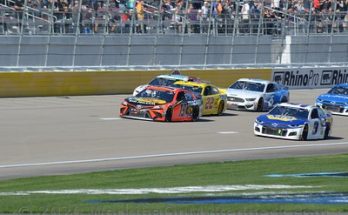 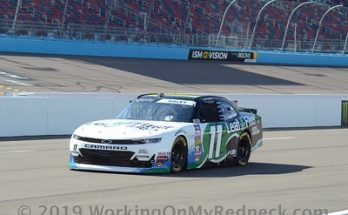 Haley Heads To One Of His Favs – ‘Dega