When 2016 Indianapolis 500 winner Alexander Rossi takes the grid for the 2020 NTT INDYCAR® SERIES season, his No. 27 Honda will not only feature the familiar blue and yellow of NAPA AUTO PARTS but will also debut a new Drive Pink inspired AutoNation livery.

As first announced by the Indianapolis race team in August, primary sponsorship roles for Rossi’s 2020 effort will be split by two long-time team partners NAPA AUTO PARTS and AutoNation, each showcasing a distinct race livery as Rossi vies for his first series championship.

AutoNation will kick off the season as Rossi’s primary sponsor on the Streets of St. Pete. The No. 27 will then carry the primary sponsorship at Circuit of The Americas (COTA) for the AutoNation INDYCAR Challenge, the Grand Prix of Indy, the Streets of Detroit, Road America, Richmond and Iowa. Launched in 2015, AutoNation’s Drive Pink initiative, which has raised over $22 million, is committed to drive out cancer, create awareness, and support critical research. Through his livery, Rossi will help AutoNation continue raising awareness for its Drive Pink initiative and finding a cure for cancer.

Already familiar to Rossi fans, NAPA AUTO PARTS will dress the No. 27 for races at Barber Motorsports Park, Long Beach, the Indy 500, Texas Motor Speedway and Toronto. NAPA will then finish the season in Mid-Ohio, St. Louis, Portland and Laguna Seca.

Both liveries were showcased at INDYCAR open testing at COTA this week, with fans getting their first glimpses of AutoNation’s pink and grey Wednesday morning via social media. After weather caused a condensed test day Tuesday, the Andretti Autosport team worked into the overnight to completely rewrap the No. 27, debuting new colors with Wednesday testing.

The fight for the 2020 NTT INDYCAR SERIES championship begins March 15 on the streets of St. Petersburg, Florida. The Firestone Grand Prix of St. Pete goes green at 3:30 p.m. ET with live broadcast on NBC Sports. 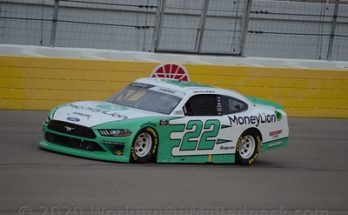 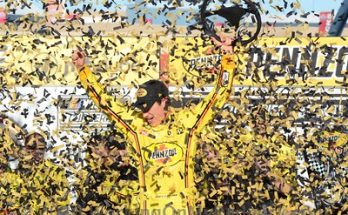 Logano Rolled The Dice At Vegas 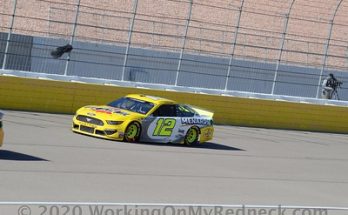 Blaney Had A Shot At Vegas