Christopher Bell will make his NASCAR Cup Series debut in the 62nd running of the Daytona 500 with Procore on the No. 95 Camry for Leavine Family Racing (LFR). Procore, a leading provider of construction management software, first appeared on the hood of the No. 95 in 2017 and has continued to build on their program as they enter their fourth season with LFR. Procore will be featured as the primary sponsor six times throughout the 2020 season, kicking off with the season-opener Daytona 500.

“Procore is proud to continue our partnership with Leavine Family Racing,” said Jim Sinai, SVP Marketing at Procore. “NASCAR has one of the most passionate fanbases in sports, and our relationship with Leavine Family Racing allows us to get the Procore brand to millions of people every Sunday. We look forward to supporting what promises to be an exciting season of racing.”

LFR heads into their 10th year of NASCAR competition and is poised for their best season yet with rookie Bell behind the wheel of the No. 95 and the continued relationship with Toyota Racing Development (TRD) and Joe Gibbs Racing.

“Procore has been a long-term partner with Leavine Family Racing and we are thrilled to have them returning for the 10th Anniversary of racing for our team,” said Jeremy Lange, President of Leavine Family Racing. “We anticipate an exciting season with Christopher behind the wheel and are counting the days until the No. 95 Procore Camry races at Daytona.”

Bell has made a name for himself while working his way through the ranks. In 2017 Bell captured the NASCAR Gander Outdoor Truck Series Championship and heads into his Cup Series debut on the heels of a record-setting 2019 NASCAR Xfinity Series season where he won eight races and led over 2,000 laps.

“I’m ready to get back to the track and for this opportunity with Leavine Family Racing to drive the No. 95 Camry,” said Bell. “The Cup Series is the ultimate goal and having the Daytona 500 as my first start with Procore on the hood of my car is very exciting.”

Procore leveraged a NASCAR partnership in 2017 with two races on the No. 95 and has continued to see value in their investment. NASCAR provides a target-rich environment of sport’s fans who work within the construction industry. NASCAR fans are shown to be 60% more likely than non-fans to have a building and ground maintenance or construction occupation, so the sponsorship has been a successful platform for Procore to increase their brand awareness.

Procore is a leading provider of construction management software. Our platform connects every project stakeholder to solutions we’ve built specifically for the construction industry—for the owner, the general contractor, and the specialty contractor. Procore’s App Marketplace has a multitude of partner solutions that integrate seamlessly with our platform, giving construction professionals the freedom to connect with what works best for them. Headquartered in Carpinteria, California, Procore has offices around the globe. Learn more at procore.com.

Leavine Family Racing is an organization competing in the NASCAR Cup Series focused on growing competitively and providing results-driven partnerships for its sponsors. The single-car team was founded in 2011 by Bob and Sharon Leavine, two individuals who are passionate about NASCAR and started the team to make a positive impact on the sport and community. Christopher Bell will pilot the No. 95 Toyota Camry for the team starting with the 2020 season. In alliance with Joe Gibbs Racing and Toyota Racing Development, the team operates out of their Concord, N.C.-based race shop with a veteran group of racing personnel driven by their desire for progress. For more information, please visit www.LFR95.com. 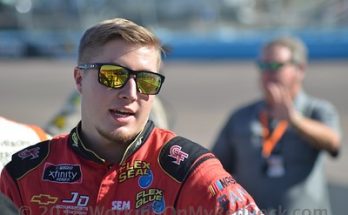