McLaughlin is once again set to defend his Supercars title for DJRTP in 2020 in the No. 17 Shell V-Power Ford Mustang. He will build on his already successful racing career by driving a full-sized open-wheel car for the first time.

“I am always open to new challenges and I’m thankful to Team Penske for providing this opportunity to test an Indy car,” said McLaughlin, who established a new Supercars single-season record with 18 victories this past season. “We had an amazing year in 2019 and I’m looking forward to defending our Supercars championship next season. I’m also excited to grow as a driver and being with Team Penske creates cool opportunities to try something new. Although I have spent a few hours in a simulator earlier this year, it’s going to be a blast to see what one really feels like at a place like Sebring.”

McLaughlin joined DJR Team Penske in 2017 as one of the brightest stars in Supercars. He has produced 35 victories and 44 pole positions over the last three seasons while helping DJRTP claim team championships in 2017 and 2019, the driver’s title each of the last two seasons and the legendary Bathurst 1000 race in October, along with co-driver Alex Premat.

“Scott has been incredibly successful for DJR Team Penske over the last three seasons and he has become a true champion of our sport,” said Roger Penske. “He certainly embraces new challenges and we think this is a great opportunity to utilize the IndyCar Series rookie testing program so Scott can experience what it is like to get behind the wheel of one of our Indy cars.”

Team Penske enjoyed another successful IndyCar Series season in 2019. The team earned its record 18th Indianapolis 500 victory as Simon Pagenaud captured the checkered flag in May, while Josef Newgarden won his second series title in three years and the team’s 16th INDYCAR Championship. Team Penske will once again compete with three full-season entries in 2020, featuring series champion drivers Newgarden, Pagenaud and Will Power. 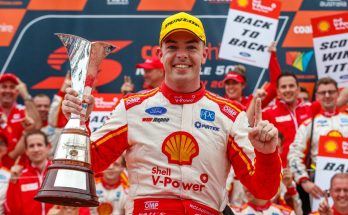