· BURTON AT HOMESTEAD-MIAMI SPEEDWAY: Harrison Burton will make his final start of the 2019 NASCAR Xfinity Series (NXS) season this weekend when he climbs behind the wheel of the No. 18 iK9 Toyota Supra for his first-career NXS start at Homestead-Miami Speedway. Burton has one start at the track in the Truck Series and earned an 11th-place finish in the 2018 season finale.

· JGR AT HOMESTEAD-MIAMI SPEEDWAY: Joe Gibbs Racing (JGR) has 46 total starts at Homestead-Miami Speedway in the NASCAR Xfinity Series. In those starts, the team has earned four wins, 14 top-five finishes, 26 top-10 finishes and four pole starting positions. The team has led 683 laps, completed 8,807 0f 9,221 attempted laps (95.5%), earned an average start of 11.8 and an average finish of 13.2. Kyle Busch leads the team with two wins and Matt Kenseth and Daniel Suarez each have one win at the 1.5-mile track.

· BUILDING FOR 2020: Recently announced, Burton will move to the No. 20 Toyota Supra full time in 2020 with crew chief Ben Beshore joining him for his rookie season. This year, the pair have competed in eight races together earning a season best fourth at Iowa Speedway.

· PHOENIX RECAP: Riley Herbst piloted the No. 18 iK9 Toyota Supra for his final race of the season at ISM Raceway. Herbst started the race from the 11th position, but a spin in stage one caused damage to the iK9 Supra and dropped the team to a 30th-place finish.

· THIS WEEK ON THE NO. 18 SUPRA: This week, iK9 will serve as the primary partner for the No. 18 Toyota Supra team for Burton’s final start of the 2019 season.

· RACE INFO: The Ford Ecoboost 300 at Homestead-Miami Speedway is scheduled for Saturday, November 16, 2019. Coverage will begin at 3:30 p.m. ET on NBCSN, MRN Radio, SIRIUS and the NBC Sports app. 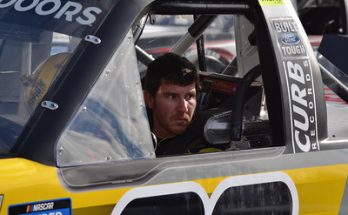 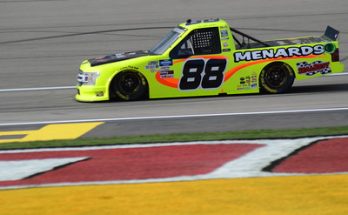