Arrow McLaren SP announced today that James Hinchcliffe has concluded his IndyCar racing duties with the team. The Canadian joined the team ahead of the 2015 season and scored three wins throughout his tenure with the team, while admirably leading the team through moments of huge adversity.

While James will cease racing for the team in 2020, he remains under contract with Arrow McLaren SP but is free to seek and secure alternative options.

“James has been a great ambassador for our team, and for the sport, over the last five years,” commented Arrow McLaren SP co-owner, Sam Schmidt. “Our history dates back to his early days in Indy Lights and we’ve been on a tremendous journey together. Most impressive was James’s determination to come back after his accident in 2015. I have the utmost respect for James and would like to thank him for his hard work and accomplishments during that period and wish him well in his future endeavors.

“We recognize that James is a fiercely motivated and determined competitor, and we won’t hesitate to release him unconditionally to secure another drive, whether in IndyCar or another series.”

“James’ passion for the team has been crucial in our development since he joined us in 2015,” noted Arrow McLaren SP co-owner, Ric Peterson. “His perseverance and teamwork led us to three wins and an Indianapolis 500 pole position. James has been a big part of our growth over the last five years and I’d like to personally thank him for everything. On behalf of the entire team, we wish him all the best moving forward.” 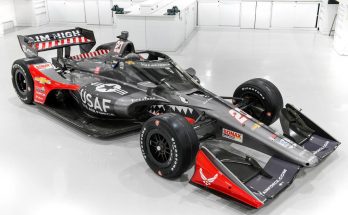