Note: Race extended 10 laps past its scheduled 267-lap distance due to a green-white-checkered finish.

● The No. 14 DEKALB Ford driver said he liked his car in the early going but predicted it would get tight as the race progressed.

● A caution on lap 75 saw Bowyer move from 12th to first when he stayed on the track while the leaders pitted.

● He hoped he could earn some stage points by staying in the top-10, but Bowyer couldn’t make the old tires work over the final two laps of green-flag racing and he fell back to 21st.

● Bowyer suffered some damage from contact on the restart, and the crew made repairs during the stage break.

● The No. 14 DEKALB Ford had a vibration in the opening laps of the stage that continued for the rest of the race.

● Bowyer moved into 10th on lap 131 despite reporting his car was tight off turns three and four.

● He climbed to ninth before the stage ended.

● Crew made handling adjustments to the car during the stage break and returned Bowyer to the track in ninth.

● He reported the No. 14 DEKALB Ford was tight in the opening laps.

● Bowyer held his position through a caution with less than 10 laps remaining and moved from 10th to eighth in a double-overtime finish.

● Bowyer earned his 16th top-10 of the season and his eighth top-10 in 23 career Monster Energy NASCAR Cup Series starts at Kansas.

● This is Bowyer’s fourth consecutive top-15 at Kansas. He finished fifth in the series’ last visit to the track in May.

● Denny Hamlin won the Hollywood Casino 400 to score his 36th career Monster Energy NASCAR Cup Series victory, his fifth of the season and his second at Kansas. His margin of victory over second-place Chase Elliott was .128 of a second.

● There were seven caution periods for a total of 32 laps.

Playoff Standing (at the conclusion of the Round of 12):

Clint Bowyer, driver of the No. 14 DEKALB Ford Mustang for Stewart-Haas Racing:

“Obviously we wanted to be in victory lane. We got a little bit of damage there on that last stage. I don’t really think that affected it that much. It was a decent day. It wasn’t a stellar day by any means. I am proud of our effort. I am proud of trying something there and it working out.”

The next event on the Monster Energy NASCAR Cup Series schedule is the First Data 500 on Sunday, Oct. 27 at Martinsville (Va.) Speedway. It is the seventh race of the 10-race playoffs and the first race in the Round of 8. 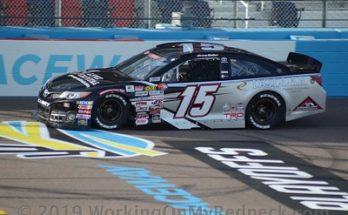 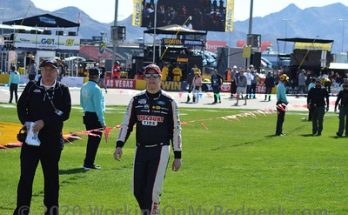 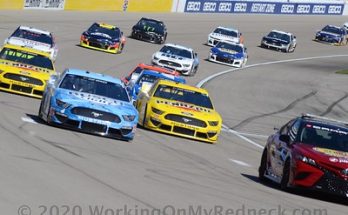 Logano Had A Solid Run At Loudon 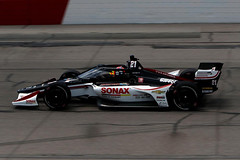 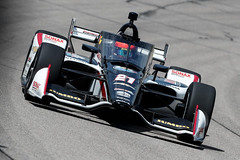