● The Smithfield Ford driver made his way to sixth by lap nine when the first caution flag flew.

● Almirola noted his handling was tight but a little loose just past the center and he got free when he got close to the other cars.

● He was running eighth when he brought the Smithfield Ford down pit road for a green-flag pit stop. The crew put on four fresh tires, added fuel and made an air pressure adjustment.

● Almirola was assessed a pass-through penalty for speeding on pit road, which put him a lap down to the leaders.

● On lap 99, the Smithfield Ford was running 22nd, one lap down, and remained there to finish the stage.

● At the end of the stage, Almirola pitted for four tires, fuel and air pressure and wedge adjustments.

● A green-flag pit stop on lap 186 for four tires, fuel and a chassis adjustment put Almirola back on the track in 20th.

● At the end of Stage 2 Almirola reported the car had trouble turning. He pitted for four tires, fuel and an air pressure adjustment and returned to the track in 18th.

● Crew chief Johnny Klausmeier asked Almirola how the balance of the Smithfield Ford was on lap 308. Almirola reported it was tight, but he had advanced to 17th.

● Five laps later, Almirola wheeled the No. 10 Ford down pit road for four tires, fuel and an adjustment. When green-flag pit stops cycled through, Almirola was 16th.

● With 43 laps remaining Almirola remained in the 16th position.

Aric Almirola, Driver of the No. 10 Smithfield Ford Mustang for Stewart-Haas Racing:

“Had a good car today, just had some unfortunate events and a tight-handling Smithfield Ford. We’ll get them next week at Talladega. Looking forward to returning to where we won last fall.” 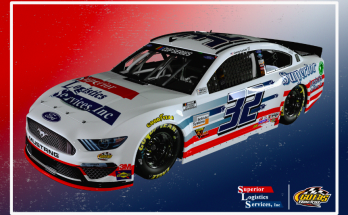 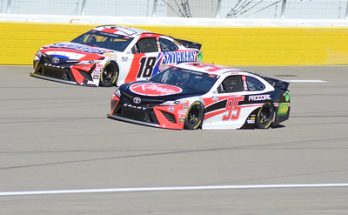