Tony Kanaan posted his best finish this year when he placed eighth in the ABC Supply 500 at Pocono Raceway Sunday afternoon; it was his third top-10 finish of the season.

The race was stopped on lap 1 when a multi-car crash in Turn 2 brought out the red flag. No one was seriously injured in the accident which took out NTT Data Indycar Series championship contender Alexander Rossi, Takuma Sato, Ryan Hunter-Reay, James Hinchcliffe and Felix Rosenqvist. Only Rosenqvist was taken to the hospital for evaluation and then later released.

The clean-up of the debris took about 45 minutes. Kanaan, who started 19th because the race grid was set by point standings after qualifying was rained out, restarted 12th when the race resumed. Matheus Leist, who lined up 20th on the grid, restarted in 16th in his ABC Supply Chevrolet.

By the time of the second caution period triggered by Spencer Pigot’s crash on lap 40 in Turn 1, Leist and Kanaan were running 15th and 16th respectively. On lap 73, Colton Herta made contact with the wall in Turn 2 bringing out a third yellow right after Leist had pitted.

The timing turned out to be a lucky break for Kanaan.

Kanaan was coming to the pits that lap but was able to stay on track when the yellow came out. He eventually pitted under caution which enabled him to pick up track position because it was in the middle of a pit stop cycle. Kanaan was running 14th at the beginning of that cycle but by the time it ended on lap 80, he had climbed to eighth.

The race restarted on lap 82 and Kanaan passed Sebastien Bourdais to take seventh a lap later. However, when the pit stop cycles started again just past the halfway point of the 200-lap race, Bourdais came out ahead of Kanaan to retake seventh. Kanaan was running eighth when the race was red-flagged for inclement weather on lap 128. With the race being past the halfway mark, and not enough time to dry the track and get back to racing once the storm passed, INDYCAR deemed it official at 320 miles.

“Good day for us, another top 10,” Kanaan said afterwards. “We have a few things to improve still but we’ll take it from where we started. We had a competitive car all weekend. The goal was to finish in the top 10 and we finished eighth which is my best result of the year. It’s agreat energy boost for the boys.”

Running 15th behind Kanaan when that pit stop cycle began on lap 65, Leist pitted on lap 72 only to have the caution flag come out on lap 74 for Herta’s accident. Leist lost track position due to pitting under green when others (including his teammate) were able to pit under yellow. It was unfortunate because his team had consistently fast stops the entire race.

Reporting a vibration about 20 laps into his next fuel stint, Leist was told to pit early in his fuel window, which he did on lap101. It resulted in his going a lap down. The vibration disappeared with the next set of tires as the crew discovered a wheel weight coming off the front tire.

“The car was good, the stops were perfect and I think we had a good strategy,” Leist said afterwards. “We went a lap down because we had too much vibration in one of our tires, so we had to stop early and that was it from there.”

Will Power won the race. He was trailed by Scott Dixon, Simon Pagenaud, Santino Ferrucci and Josef Newgarden. 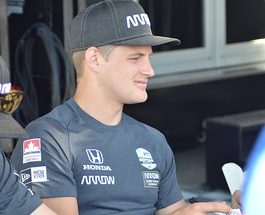 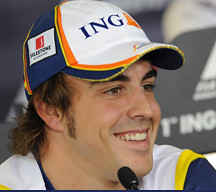