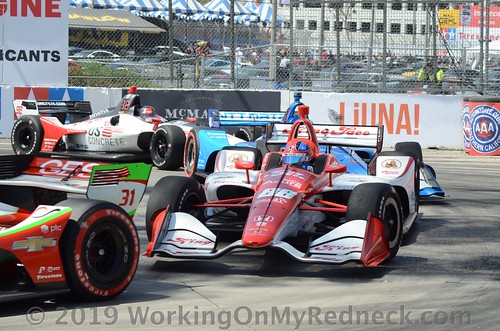 This weekend the #88 GESS Capstone Honda team will race under the at lights Texas Motor Speedway in the second oval race on the 2019 NTT IndyCar Series schedule. 19-year-old pilot Colton Herta will compete against 21 other entrants along the 1.5-mile oval for 248 laps on Saturday night. The rookie looks forward to racing around the historic track after a successful test earlier in the season.
“I’m excited to get back on an oval again at Texas Motor Speedway,” said Colton Herta. “We tested there in April, and the #88 GESS Capstone Honda car was great. We’re coming off another strong weekend after the Detroit Grand Prix, so the boys and I hope to use that momentum to build more confidence to bring home a strong result.”
Harding Steinbrenner Racing already has a win in Texas after winning the INDYCAR Classic at the Circuit of the Americas in Austin on March 24th. The #88 GESS Capstone Honda team hope to capture another win in the Lone Star state this weekend.
“Hoping for a good weekend at the DXC Technology 600,” said team president, Brian Barnhart. “We had a very successful test in late April, and Colton did a fantastic job throughout the entire month of May at the Indianapolis Motor Speedway oval. We’re looking forward to a great weekend with the #88 GESS Capstone Honda that will hopefully give Colton his first top-five finish on an oval.”
DXC Technology 600 practice begins tomorrow from 8:00 p.m. – 10:00 p.m. ET on NBC Sports Gold. NBC Sports will host the live qualifying broadcast at 6:30 p.m. on Friday. Saturday’s live race broadcast at 8:00 p.m. ET on NBC Sports.
TIL NEXT TIME, I AM STILL WORKING ON MY REDNECK!