The INDYCAR Classic at the Circuit of the Americas turned into a historic race in its debut on the NTT IndyCar Series schedule with Colton Herta becoming the youngest ever winner at 18 years, 11 months and 25 days old in just his third IndyCar start.

The second generation driver put himself into position to benefit from the race’s sole caution which also proved the undoing of Matheus Leist who was on his way to his best finish of his young career.

Contact between James Hinchcliffe and rookie Felix Rosenqvist on the final turn of the track brought out the yellow on the lap that Leist was heading into the pits for his final stop-lap 44. The full course caution meant the pits were closed until the field packed up. Leist had to make an emergency stop for fuel only on lap 45 or risk running out of it around the 3.41-mile track. He pitted for tires and the rest of his fuel a lap later.

However, the penalty for emergency service on lap 45 in a closed pit was to restart at the tail end of the pack. He was running 14th when the pit stop cycle began on lap 41, but there were at least seven cars that finished ahead of him that would not have made it to the end without another stop for a splash of fuel had the race gone caution free.

“Definitely not where we wanted to finish at COTA,” Leist said. “I think a lot of things went on in this race. For some parts I thought we had the pace and then other stints we were struggling a lot. In general, not a happy day here. We were doing a decent race to finish in the top 12 when that yellow came out. But there was nothing we could do, we just went to dead last and from there on with just 10 laps to go, there was nothing we could do. Unfortunately, a tough day here at the track but let’s see if we can make the car faster for the next race.”

Without cautions it is nearly impossible to gain significant track position through fuel strategy so Kanaan who started 24th, was running 19th before his final stop on lap 42. He jumped to 12th when the pit stops cycled out after the race restarted on lap 50. Although Alexander Rossi, who started second, passed him on track, Kanaan then claimed a position from Ed Jones. “TK” fought off other contenders including defending Series champion Scott Dixon to finish 12th.

“Decent day for us after a tough weekend,” Kanaan said after the grueling race. “We didn’t have the qualifying pace but in the race it was actually a little closer. Starting dead last, we didn’t have a lot of options but we did a great job on the pit stops and then we got a little lucky with the yellow and in the end we held our place so a top 12, I’ll take it. I think we have to build from here. Matheus had a pretty promising race. I think if we can qualify better – track position is so important nowadays – we’ll be fine. Hopefully, we’ll improve that for Barber and we’ll be able to get a top 5.”

Leist, who ended up placing 17th, wasn’t the only one to suffer consequences as the top three leaders were caught out and went from the lead to behind all of those who had pitted just before the caution. Hardest hit was pole winner Will Power who had led every lap and was in position to pocket an extra $100,000 bonus by winning the race and the pole. Power never made it out of the pits when his car had a mechanical issue after his service.

“Both guys drove a great race,” said Larry Foyt afterwards. “I feel really bad for Matheus because I think he had a good chance at a very solid top 10 and it was unfortunate that they were pitting on the lap that the yellow came out and it caught him out. Just some bad luck there but that’ll turn around. Tony did a good job to keep fighting on and get up in the top 12 after having to start all the way in the back. Both cars showed some good race pace and the pit stops were solid, so those were positives. But we know we have to buckle down and focus on why we’re struggling in qualifying and that’s our focus going into Barber.”

The Series returns to action in two weeks at Barber Motorsport Park in Birmingham, Alabama. 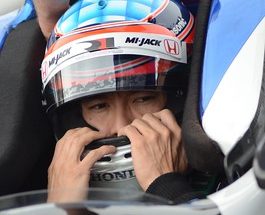 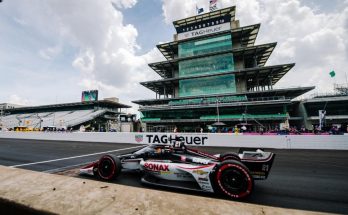