INDYCAR Classic — Circuit of the Americas, Austin, Texas
Round 2 of 17 in the 2019 NTT IndyCar Series
PRE-RACE NOTES 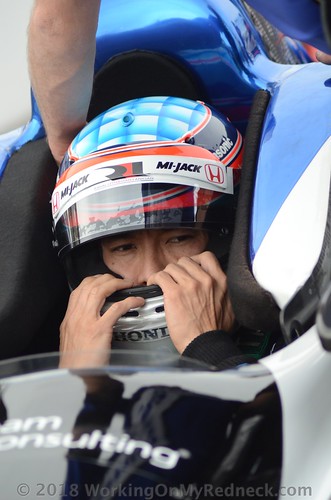 RAHAL LETTERMAN LANIGAN RACING AT CIRCUIT OF THE AMERICAS – 1 WIN, 2 POLES & 4 PODIUMS IN 5 RACES
The 2019 INDYCAR Classic will be the inaugural Indy car race at the track but it will be the sixth race overall here for RLL after the team’s sports car program competed here in the American Le Mans Series race in 2013 and the IMSA WeatherTech SportsCar Championship from 2014-2017.  In five races, the team earned one win (2015 – Auberlen/Werner), two poles (Hand 2013, Edwards 2017) one second place (2017 Auberlen/Sims) and two thirds (2013 D. Mueller/Edwards, 2017 Edwards/Tomczyk).   The team has entered the No. 15 Total Honda for Graham Rahal and the No. 30 Mi-Jack / Panasonic Honda for Takuma Sato.

GRAHAM AND TAKUMA ON THEIR THOUGHTS ON COTA AND THE TYPE OF RACING TO EXPECT
INDYCAR held their annual Springing Training open test at Circuit of the Americas February 12-13. Both Rahal and Sato ended the two days test in the top half of the timesheets, after testing many different configurations.  Each was pleased with the knowledge gained at the test and is looking forward to getting back on track for a race-weekend format.
“COTA is an amazing venue,” said Rahal. “We had an absolute blast there at the test and think the layout will put on a great race. The straights are very long, there is lots of drafting and a nice, wide area to pass. I do think the overtake feature (Push to Pass) will be extremely vital there, and hope we get a sufficient amount to be able to go racing hard. Our team made great strides there in testing and I have very high hopes of how we can perform there over the race weekend and get a good result for the Total team.”
“Circuit of the Americas is one of the greatest tracks,” added Sato. “There are so many combinations of corners there and in fact 20 turns in one lap! The track provides us a long straight and heavy braking following tight turns means overtake is very possible. Also the final sector is very twisty and goes right, left, right, left so good racing is also possible there before you make it across the line. I think it will be a fantastic racing weekend. We tried many setups at the test and some of the test items are quite encouraging. We ran out of time at the end of the test to try more things that we wanted to but overall it was very positive test so I am really looking forward to go racing!”

GRAHAM AND TAKUMA ON THEIR FAVORITE PARTS OF THE TRACK
“I feel the beginning part of the lap is the best,” said Rahal. “There are a lot of high speed, flowing corners. It’s very physical and mentally demanding to hit your marks and make no mistakes. I do think the most challenging though is actually the slow speed section. It’s challenging because it will be extremely difficult to get the speed and performance out of the car there, but will be critical to getting a good lap time.”
“I think all drivers feel good when you can drive fast from Turn 2 to Turn 8,” added Sato. “It’s quite challenging as there are high speed and very technical parts as almost you have to treat it like one corner because if you miss a little, it’s very difficult to get back to the rhythm and you will lose momentum so you will never get it back.”

GRAHAM ON INDYCAR PUTTING ON ONE OF THE MOST COMPETITIVE SHOWS THAT COTA HAS SEEN TO DATE
“I have no doubt that INDYCAR will put on one of the most competitive races the track has seen although F1 does put on perhaps its best race of the season there. I think the fans will be very satisfied with what they see.  It will be a great race.”

GRAHAM AND TAKUMA ON POST ST. PETE / PRE-COTA THOUGHTS
“I felt competitive,” said Rahal. “I am just disappointed Lady Luck kicked us in the balls once again. We need to continue to push forward, and someday soon we will be rewarded for it.”
“We showed good potential at St. Pete,” added Sato. “We were not the quickest but certainly we felt a lot more competitive than last year so we made good progress. We are still learning and we are getting close to where we think we need to be.”