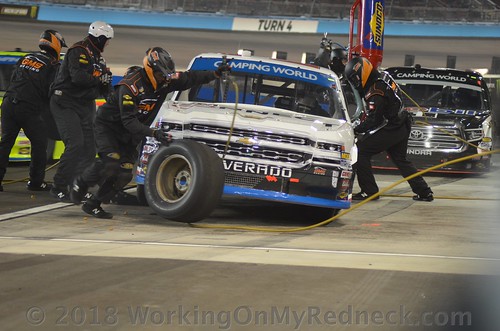 Defending winner Johnny Sauter became the winningest driver in this event last year scoring his third victory – all in the last six years.

Joe Ruttman holds the record for winning the most pole positions (2000 and 2001).

The most different leaders in a single race is 17.  The most lead change is 31.

The lowest starting position for a race winner is 36th (Bobby Hamilton in 2005).

The closest Margin of Victory is .016-seconds in Kyle Busch’s 2014 win over Timothy Peters.