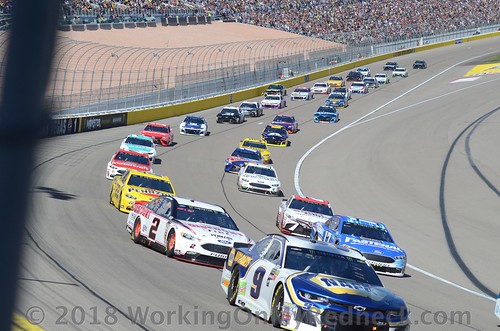 For all the lifelong aspiration, months of preparation, the week-long hype of competition, the Daytona 500 has been a thrilling final lap pass for the victory in recent years.  Predicting a winner is no easy task.

The last two Daytona 500 champions – Kurt Busch in 2017 and Austin Dillon in 2018 – claimed the sport’s most prestigious trophy on a last lap pass – the only lap they led on the day.

No driver has won back-to-back Daytona 500s since Sterling Marlin in 1994-95 and only three drivers (also Richard Petty and Cale Yarborough) have ever accomplished the feat. The last time a polesitter won the race was Dale Jarrett in 2000. The last three races have been won by three different manufacturers.

“That’s pretty impressive only three guys have been able do it back-to-back, and I’d love to be a fourth,” the Richard Childress Racing driver said this week. “That would be very cool. It seems like a hard thing to do. This place is not easy to win at. That’s why it’s so special, and so many people haven’t won here. It’s just this place, everything has got to line up. Everything has got to line up just perfectly for you to go to Victory Lane, and that’s what it’s all about.”

And there is a list that includes several of the sport’s very best that are still looking for their first 500 trophy.

Truex came the closest – finishing .01-second behind Denny Hamlin in a 2016 photo finish. He will be making his first start for Joe Gibbs Racing this year – moving there from the Furniture Row Racing team where he won his championship.

“I guess it can be frustrating, but anything that big is not easy to get,” Truex said. “It’s just the way it is. You look at Dale Earnhardt, it took him 17 tries or something – 20. He won the most races at Daytona of anyone ever and he hadn’t won the Daytona 500. That just shows how hard it is to win. I don’t think that’s changed over the years.

“You look like a guy like Trevor Bayne – he came out of nowhere and won the thing and never won any other races. It’s one of those races where crazy things tend to happen. Huge stories tend to come out of it and that’s part of the reasons why it’s such a big deal.”

Denny Hamlin is the active lap leader and is 12th all-time with 267 laps led in nine races. Only four active drivers are among the top-25 lap leaders – also including Kyle Busch (245 laps), Kurt Busch (205 laps) and Jimmie Johnson (148 laps).

The last top-five finish for a Daytona 500 pole- winner is fifth-place by Bill Elliott in 2001.

Hendrick Motorsports has won the last five pole positions – Jeff Gordon in 2015, Chase Elliott in 2016 and 17, Alex Bowman in 2018 and William Byron this year.

The late Dale Earnhardt holds the record for most Daytona 500 starts before winning (20). Martin Truex Jr. has the most starts (14) among active drivers without a victory. Kyle Busch and Clint Bowyer are next with 13.

The lowest starting position for a Daytona 500 winner is 39th (Matt Kenseth).

The closest Margin of Victory in the Daytona 500 is .01-second when Denny Hamlin edged Martin Truex Jr. in 2016.