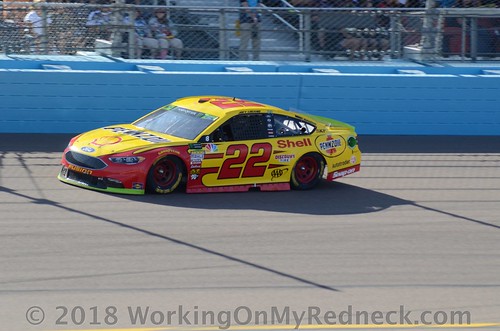 It is the most celebrated Busch Pole Award in NASCAR racing.

The top qualifier for the Daytona 500 gets a full week to proudly navigate one of racing’s most celebrated accomplishments. And the pressure of depending on the outcome of the typically dramatic Gander RV Duel at Daytona qualifying races instantly turns instead to an opportunity to fine-tune and prepare for the sport’s grandest event a week later – The Great American Race.

The Monster Energy NASCAR Cup teams have arrived at the 2.5-mile Daytona International Speedway ready for this first test of the 2019 season with pole qualifying scheduled for high noon on Sunday, Feb. 10 (on FOX, MRN and SiriusXM NASCAR Radio). The front row for the Daytona 500 will be set with the remainder of the field to be settled in Thursday’s two 150-mile qualifying races.

Motivation to lead the field to this first green flag of the season is easy to come by.

Chevrolet has won 10 of the last 11 Daytona 500 pole positions and Hendrick Motorsports drivers have earned the last four – Jeff Gordon (2015), Chase Elliott (2016-17) and Alex Bowman (2018). The lone outlier in that time was Carl Edwards who won the pole for Ford in 2012 driving for Roush Fenway Racing. A pole win for Chevrolet would be the make’s 700th pole position in the Monster Energy NASCAR Cup Series.

There are only five former Daytona 500 pole-winners entered this week – Jimmie Johnson, Martin Truex Jr., Austin Dillon, Elliott and Bowman – meaning there’s a good chance for someone new to earn that season-opening spotlight.

History indicates that it may be a tall task however, as Johnson, Elliott and Bowman make up three-fourths of the Hendrick Motorsports team that holds the all-time record for Daytona 500 pole positions (12) – twice that of any other team (Richard Childress Racing has six).

Five times Hendrick Motorsports has swept the front row. The last time, in 2015, Gordon won the pole, Johnson qualified on the outside pole and Dale Earnhardt Jr. started third.

“It was important for my Hendrick Motorsports team to start off strong in Daytona last season,” said Bowman, who won the pole position last February in his first full season in the famed No. 88 Chevrolet Camaro ZL1 long driven by Dale Earnhardt Jr.

“Starting off a season strong helps set up your momentum so early in the year. This No. 88 team has done a lot of work in the offseason to make our plate-track program that much stronger. Hendrick Motorsports has a reputation for being pretty good on these tracks, so I am excited to see how we unload this weekend and how we qualify and race in The Clash.”

It’s a familiar sentiment for NASCAR’s premier drivers this weekend. In Brad Keselowski’s case, winning the pole position isn’t just a personal goal, but something he knows would be extremely important to his Team Penske organization.

“Probably one of the things that stands out to me, it’s one of the few accomplishments in all of motorsports that Roger Penske doesn’t have, being on the front row for the Daytona 500, at least the pole,” said Keselowski, who is looking for his first Daytona 500 victory as well. Teammate – and newly-crowned Monster Energy NASCAR Cup champion Joey Logano won the 2015 Daytona 500.

“Boy, would we like to change it,” Keselowski said. “I know it’s high up on his list as something he wants to cross off. We put a lot of thought into it. I’ve tried to put a lot of emphasis on it.”

The 2012 Cup champ even went so far as to offer his No. 2 crew a special incentive should he earn his first Daytona 500 pole position.

“I told all our guys that I would give them all the money [earned] if we won the pole,” Keselowski said. “They’re pretty excited about that. That’s been kind of neat to see their faces light up.

“But hopefully, we can get it done.”