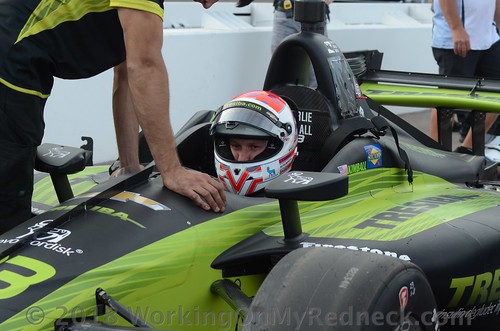 The future has arrived for getting the ultimate in NTT IndyCar Series coverage. Fans may sign up now for INDYCAR Pass on NBC Sports Gold, the direct-to-consumer livestreaming product that will put more INDYCAR programming content at viewers’ fingertips than ever before.

INDYCAR Pass will provide more than 200 hours of coverage throughout the 2019 season, including 50-plus hours focused on the 103rd Indianapolis 500 presented by Gainbridge in May.

Subscribers who sign up now for INDYCAR Pass receive the full season for the early bird price of $49.99. That discounted cost remains in effect until March 10, the day of the season-opening Firestone Grand Prix of St. Petersburg. After that, the price for the full season of INDYCAR Pass increases to $54.99.

“Having NBC Sports Gold as an option for INDYCAR fans who want to consume all of INDYCAR and engage more deeply with the sport is really exciting for us this year, particularly given the high-quality production NBC Sports will bring to it,” said Mark Miles, CEO of Hulman & Company, which owns INDYCAR and Indianapolis Motor Speedway. “This is our first opportunity to present the sport this way. INDYCAR Pass on NBC Sports Gold is a great complement to watching the NTT IndyCar Series on television, either on NBC or NBCSN. It really is another format that we think will make us that much more accessible and that much more exciting, especially to our hard-core fans.”

INDYCAR signed NBC Sports Group to a multiyear agreement as the exclusive media rights holder for NTT IndyCar Series content in the United States, beginning this year. All series races will air live on NBC or NBCSN, along with NBCSports.com and the NBC Sports app (via authentication), with commentators Leigh Diffey, Townsend Bell, Paul Tracy and others calling the action. Those same race telecasts will be available on a same-day basis on INDYCAR Pass.

NBC Sports is broadcasting the Indianapolis 500 for the first time this year on Sunday, May 26. The more than 50 hours of May coverage in Indianapolis on INDYCAR Pass includes practices, the thrilling qualifying sessions to determine the field of 33 and pole winner, Miller Lite Carb Day, the IPL 500 Festival Parade and the Indianapolis 500 Victory Celebration. INDYCAR Pass will also be the home of Indy car archival and library content.

“We’re excited about our partnership and could not be more thrilled to offer INDYCAR Pass throughout the season,” said Portia Archer, vice president, Direct-to-Consumer Services, NBC Sports Group. “INDYCAR Pass is a first-of-its-kind direct-to-consumer experience that will provide INDYCAR fans with high-quality coverage and unprecedented access to some of the circuit’s most exciting events, all in one easy-to-access location.”

INDYCAR Pass on NBC Sports Gold is available on Apple iOS, Android, Apple TV, Roku, Amazon Fire TV, Chromecast and online at NBCSportsGold.com. Remember to sign up for INDYCAR Pass by March 10 to receive the discounted price of $49.99 for the entire 2019 season. Members of INDYCAR Nation, the official fan community of INDYCAR, will receive separate notice of a discount available to them for INDYCAR Pass.