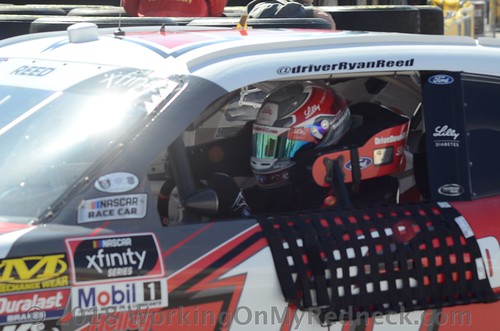 The two will team up again for what is deemed the “Richest Short Track Race in the Nation” February 2nd.

“I’m so excited to race the Winter Showdown, Ryan Reed said.  “It’s been a race I’ve wanted to run since the first year. It being in my hometown and being one of the biggest short track races of the year is really special.  Obviously, going down there with Richie Wauters and his guys I know we will have a shot to win!”

This will be Wauters Motorsports third time racing at KCRP.  In 2015, Dalton Sargeant piloted the No. 5 SLM qualifying and finishing in the second-place position on the high-banked paved half-mile oval track.  Mason Mingus drove for Wauters Motorsports in 2018 finishing16th on the Bakersfield, CA race track.

“We are looking forward to having Ryan (Reed) in the No. 5 in the Winter Showdown,” team owner Richie Wauters said.  “Ryan is an excellent driver as you’ve seen in his NASCAR Xfinity Series career.  He is a wheelman and I know that we have a good shot to win.”

Practice and qualifying for the SLM division is set for Friday, February 1st with the Fifth Annual SPEARS Manufacturing Winter Showdown 300 slated to begin at 1pm PST on Saturday, February 2nd.

TIL NEXT TIME, I AM STILL WORKING ON MHY REDNECK!