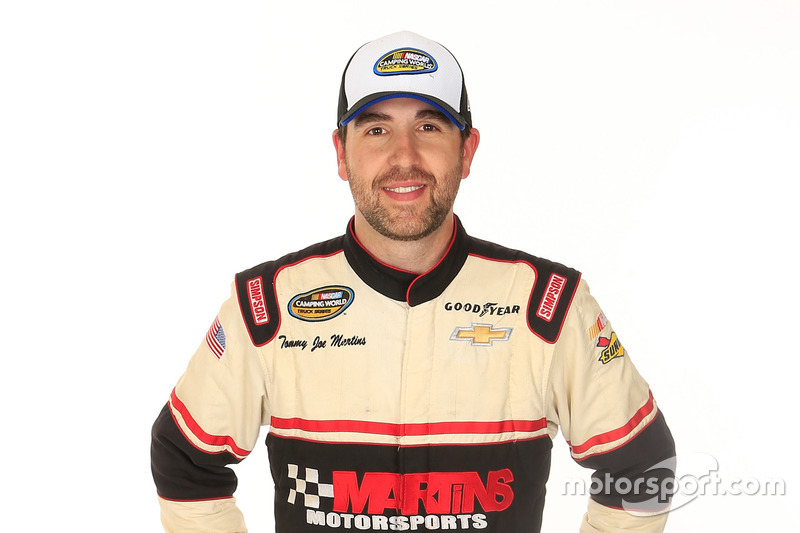 Diamond Gusset has sponsored Martins since 2014, during his family team’s first run in the NASCAR Xfinity Series. They more famously came aboard during Martins Motorsports tumultuous 2016 campaign in the NASCAR Truck Series.

Since that season, the 32-year-old Como, MS native has garnered a reputation for being a vocal underdog at the highest levels of the sport, but as 2018 proved, NASCAR sponsorship is a tough thing to come by.

“I ran 19 races last year, man, and only 3 of them had a sponsor on the side of the car,” Martins said. “That’s tough. I mean, I’m blessed I have owners like BJ & Jessica who trusted me to drive even when I couldn’t bring a lot financially to the table – but to have a sponsor, especially a long time supporter like David Hall & Diamond Gusset – it just means so much.”

BJ McLeod Motorsports announced last week that Vinnie Miller & Matt Mills will be full time drivers for the team, while Martins will retain a partial season ride in the new, full time, No. 99 car. When asked about the plans for the year, Martins couldn’t help but reminisce.

“This is going to be the biggest year ever for BJ McLeod Motorsports,” Martins continued. “Seeing where we’ve come from at this team, knowing how long Diamond Gusset has supported me…there have just been so many more downs than ups.” Martins paused & smiled. “It feels like this is all coming full circle, you know? Just really excited to see it all come together.”

TIL NEXT TIME, I AM STILL WORKING ON MY R4EDNECK!