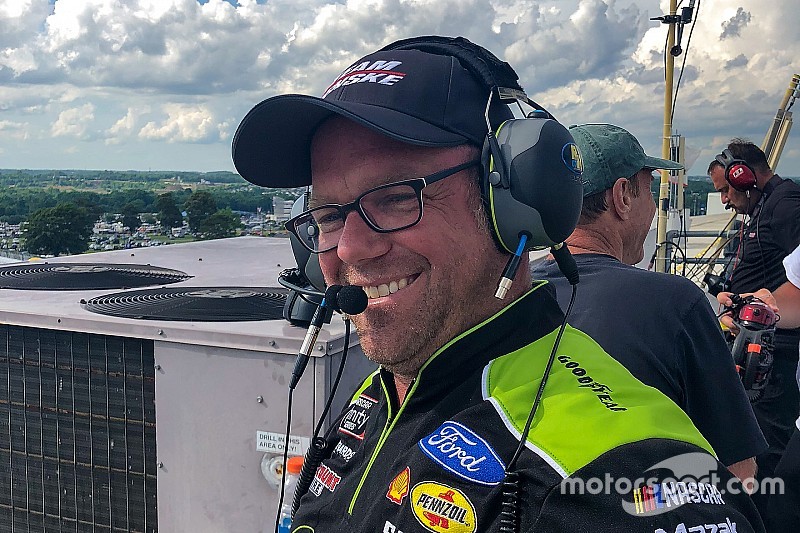 Team Penske announced today that Jefferson Hodges, who most recently served as General Manager and Director of Competition for Rev Racing, will join the organization as NASCAR Team Manager beginning with the 2019 season.

Team Penske is coming off one of the most successful seasons it’s in 53-year history, which included seven MENCS and six NXS victories, culminating in the Cup Series Championship won by Joey Logano. In 2019, Team Penske will field three full-time MENCS teams with Logano, Brad Keselowski and Ryan Blaney returning as drivers for the three teams. The organization will also field a full-season NXS team with driver Austin Cindric, as well as a second car for select series races.

“Joining an organization like Team Penske is a huge opportunity for me,” said Hodges, a native of Williamsburg, VA. “When you look at motorsports organizations, you always find Team Penske right at the top of the list, no matter what type of racing you are talking about. To get an opportunity to work for Roger Penske, Tim Cindric (Team Penske President), Mike Nelson (VP of Operations) and all of the accomplished drivers and crew chiefs is something I’m really looking forward to.  I appreciate all the opportunities Rev Racing has provided me over the last eight years and I look forward to being even a small part of all the success that happens moving forward with Team Penske.”

Since 2011, Hodges oversaw Rev Racing’s NASCAR K&N Pro Series, NASCAR Whelen All-American Series Late Model and Legend Car Series teams and stable of development drivers. In addition, he has served as crew chief in NXS, the NASCAR Camping World Truck Series, ARCA, K&N Pro Series East and Late Models.  Hodges has also worked with Team Penske numerous times over the past few years, serving as a spotter for select races across its NASCAR programs, including wins with Sam Hornish Jr., in NXS, Cindric in ARCA and, most notably, with Keselowski during the 2018 Brickyard 400 at Indianapolis Motor Speedway.

The 2019 NASCAR season begins with the XFINITY Series event at Daytona International Speedway on Saturday, February 16, followed by the 61st running of the Great American Race – the Daytona 500 – on Sunday, February 17.