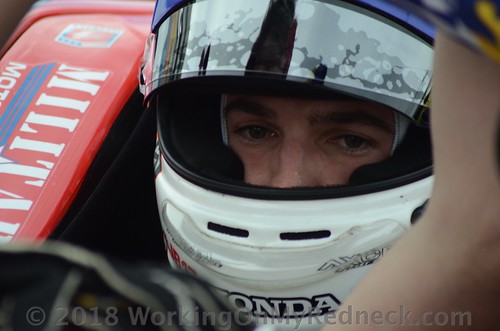 Team Penske IndyCar Series driver Simon Pagenaud will return to compete in the endurance events with the team in 2019, racing the No. 6 Acura ARX-05 DPi with full-time racers Juan Pablo Montoya and Dane Cameron.

“I have watched and raced against Team Penske in INDYCAR and I have a lot of respect for the organization and what they do and how they do it,” said Rossi. “I really appreciate Andretti Autosport for allowing me the opportunity to represent Acura in some of the biggest sports car races in the world. I can’t wait to work with Helio and Ricky, to learn from them and hopefully contribute to some wins and a championship for Acura Team Penske.”

Though Rossi rose to racing superstardom when he won the 2016 Indianapolis 500 as an INDYCAR rookie, he has long been considered one of the most talented young American drivers. After winning numerous karting championships and the Formula BMW World title as a teenager, Rossi moved to Europe to follow his dream of competing in Formula 1.  He found success in both GP3 and GP2 competition before he made five Formula 1 starts for Manor Racing, recording a best finish of 12th.  The native of California returned to the states in 2016 to compete for Andretti Autosport in the IndyCar Series. Over the last three seasons, Rossi has produced five INDYCAR victories, including three wins in 2018 as he battled for the championship before finishing second in the series standings.

“Alexander will be a great addition to the Acura Team Penske lineup in 2019 and all of us at Acura are very excited about our prospects for the coming season,” said Art St. Cyr, President of Honda Performance Development. “When you add Alexander to the experienced team of Helio, Ricky, Juan and Dane – and with Simon returning for the endurance events – we are extremely proud of the talented and accomplished Acura Team Penske driver lineup.  We look forward to our second opportunity to win the Rolex 24 at Daytona in the ARX-05. Alexander has been a great representative of Honda in the IndyCar Series, from his Indy 500 victory in 2016 to competing for the title this past season. We are pleased to have this opportunity to build our relationship with him through our sports car program.”

Acura Team Penske returned to sports car competition in 2018 with its two-car Acura DPi program in the IMSA WeatherTech Sports Car Championship. The team produced one victory – with Castroneves and Taylor at the Mid-Ohio SportsCar Course in May – and produced three poles and nine top-five finishes.

The 2019 IMSA WeatherTech Sports Car Championship begins with the Roar Before the 24 January 4-6, followed by the Rolex 24 at Daytona on January 26.

About Team Penske
Team Penske is one of the most successful teams in the history of professional sports. Cars owned and prepared by Team Penske have produced more than 500 major race wins, over 570 pole positions and 34 Championships across open-wheel, stock car and sports car racing competition. Over the course of its 52-year history, the team has also earned 17 Indianapolis 500 victories, two Daytona 500 Championships, a Formula 1 win and overall victories in the 24 Hours of Daytona and the 12 Hours of Sebring. Team Penske currently competes in the Verizon IndyCar Series, the Monster Energy NASCAR Cup Series, the NASCAR XFINITY Series and the IMSA WeatherTech SportsCar Championship. The team also races in the Virgin Australia Supercars Championship, in a partnership with Dick Johnson Racing, as DJR Team Penske. For more information about Team Penske, please visit www.teampenske.com. 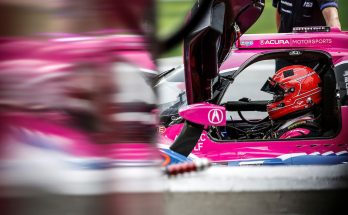 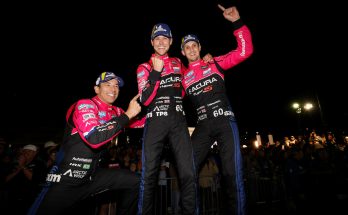 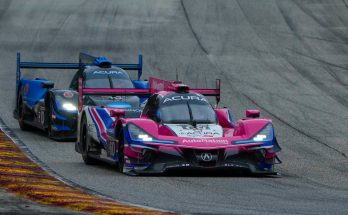