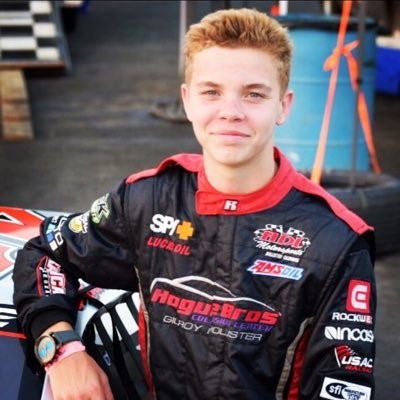 Adam Lemke has been named as a driver for JR Motorsports’ championship-winning Late Model program for 2019. The 16-year-old native of Hollister, Calif. will take the seat of the team’s second Chevrolet for the season and will compete alongside 2017 CARS Late Model Stock Car Series champion Josh Berry.

Lemke, wh­­o won both the Pavement and overall championships in the USAC Western Midget Series this season as well as Rookie of the Year honors in the RPM Pro Late Model Series at California’s Madera Speedway, had a stellar 2018 season. Beginning in the USAC Midgets, Lemke won eight of 12 races and finished no worse than third in the others, winning 11 of 12 heat races along the way. He also finished second in the Dirt portion of the championship. In the Late Models, the young driver earned three top-five and five top-10 finishes on the way to rookie honors.

Lemke has been winning championships for fully half his 16 years, starting in Quarter Midgets at age eight and rising through the Mini Cup ranks. In 2017, he graduated to the USAC Western Midget Series and finished second in overall points and clinched the Rookie of the Year award.

“Having a driver of Adam’s capabilities is very important to the future of JR Motorsports,” said L.W. Miller, director of motorsports at JRM. “We’re very happy to have a young driver of his caliber to continue on the trail blazed by drivers like Josh Berry, William Byron and Sam Mayer. He’s been winning races and championships out West, and we think he’s going to continue to do so here in the Southeast.”

Lemke, who will spend the season racing against the top Late Model talent in the tradition-rich Southeast region, was equally excited to join the team owned by Dale Earnhardt Jr. for 2019.

“For a young driver like me, there is no better place to race than JR Motorsports,” Lemke said on the announcement. “William Byron started here and is now in the NASCAR Cup Series, and drivers like Josh, Sam, Anthony (Alfredo) and Christian (Eckes) are progressing up the ladder after having raced here in Late Models. I am looking forward to the opportunity this year to learn and grow and climb that same ladder.”

Lemke’s car number, sponsors and team assignments will be made at a later date.

JR Motorsports is in the midst of a three-year stretch in which its Late Models have won 35 races in 148 starts. Berry won the CARS LMSC driver title in 2017 and finished fourth in series points this past season, while Mayer was fifth in points with a CARS LMSC victory and earned the series’ Most Popular Driver award. 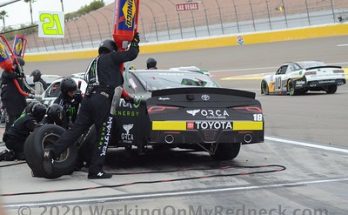