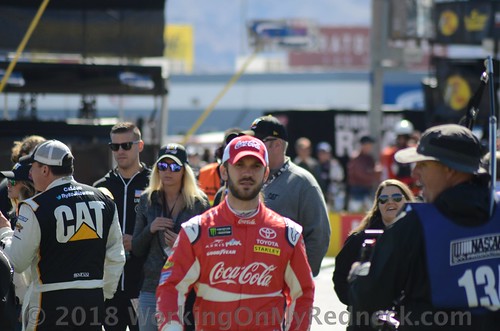 Daniel Suarez said he and his Joe Gibbs Racing team saw little progress from a rocky start in his rookie season and never developed the consistency needed to become a contender for wins.

“I didn’t feel that in two years we improved, I felt worse. By the end of the first year we were much better than a year later. I, as a driver, always looked for the best, and the results were no better. I felt it was time for change,” he said.

Suarez is confident his new Cup ride will provide more opportunities for success.

‘What I can say is we will be in the NASCAR Cup in a good team. We’re working on the last few details, but we’ll be fine. I hope to be in a position to win races next year,” he said.

“I hope I can share everything with the people who follow NASCAR soon. I hope it’s in December, not later than January.

Editors Note:  Don’t be surprised if Suarez lands in the Stewart-Haas Racing No. 41 for 2019, since Kurt Busch has officially today published that he will not be back in the SHR No. 41 next year!